Currently more than 1 million knee replacements and hip replacements are performed each year in the United States, and with the aging population, the number of total joint replacements is expected to grow.

While total joint surgeries have a low risk of infection – between 1 and 3 percent – in those rare instances when bone infection sets in, it can be a devastating setback for patients.

Researchers at The University of Texas Health Science Center at Houston (UTHealth) and collaborators at Rice University and Shriners Hospital for Children-Houston have evaluated an application that may prevent implant-associated bone infections all together.

In a small preclinical study, researchers studied whether the use of antibiotic-containing microspheres prevented infections in grossly contaminated wounds. Porous metal implants that were coated with the microspheres prevented infection in 100 percent of the 11 specimens. In the tissue and bone surrounding implants that were not coated with the antibiotic delivery system, infection occurred at a rate of 64 percent.

The findings are published this month in The Journal of Bone and Joint Surgery. This is the third in a series of research studies lead investigator Catherine Ambrose, Ph.D., associate professor in the Department of Orthopaedic Surgery at the UTHealth Medical School, and collaborators have published that demonstrate the potential of antibiotic microspheres. The first two studies confirmed in animal models that the microspheres were safe and effective in treating bone infection associated with orthopaedic implants.

Ambrose said the microspheres would appear to overcome a number of obstacles health care teams currently face when treating bone infection, also called osteomyelitis. The microspheres could be administered directly at the surgical site, eliminating the need for systemic antibiotics that impact the entire body. Made of biodegradable polymers, the antibiotics are gradually released over a period of weeks and eventually the microspheres dissolve, allowing sufficient time to prevent or treat an infection while reducing the likelihood of additional surgeries. Plus, Ambrose said, because the antibiotic delivery system is microscopic in size, it does not appear to interfere with the healing after a total joint replacement.

"When these infections occur, it can be a huge setback for patients," Clyburn said. "Sometimes the implant has to be removed entirely to treat a painful infection and they require multiple surgeries. If these microspheres could prevent those infections from happening in the first place, this would be a significant advancement."

Ambrose said the microspheres may also have applications in the treatment of open fractures in trauma patients.

International patents on the microsphere technology are jointly held by UTHealth and Rice University.

The study, titled "Evaluation of Antibiotic-Impregnated Microspheres for the Prevention of Implant-Associated Orthopaedic Infections," was funded with a research grant from Zimmer, Inc.

Journal of Bone and Joint Surgery 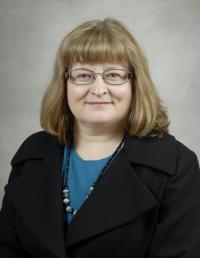