CHAPEL HILL, North Carolina--Researchers have discovered a gene, OTUD7A, that impacts the development of Ewing sarcoma, a bone cancer that occurs mainly in children. They have also identified a compound that shows potential to block OTUD7A protein activity. The finding, by scientists at the University of North Carolina and the Lineberger Comprehensive Cancer Center, appeared online June 1, 2021, in Advanced Science.

About 250 children and young adults are diagnosed with Ewing sarcoma each year in the U.S. About half of those diagnosed will ultimately succumb to the disease, pointing to the need for better therapies.

"Our primary research focus targeted the EWS-FLI1 fusion protein found in about 85 percent of Ewing sarcoma patients," said UNC Lineberger's Pengda Liu, PhD, assistant professor of Biochemistry and Biophysics in the UNC School of Medicine and co-lead author. "This protein, made up of pieces of two other proteins, is unique to Ewing sarcoma and only produced in cancer cells, making it an excellent target for treatment."

Critical relationships between proteins contribute to the development of cancers such as Ewing sarcoma. So, it was a seminal discovery when the UNC researchers found that OTUD7A controls the cancer-causing fusion protein.

Armed with this knowledge, the scientists went on the hunt for small molecule compounds that could block OTUD7A's activity. Their collaborator, Atomwise Inc., used an artificial intelligence program known as AtomNet to screen four million small molecules to find ones that could fit into a pocket in OTUD7A. One compound they identified, 7Ai, showed a good ability to reduce tumor formation in mice that were grafted with human Ewing sarcoma cells. The compound did not appear to be toxic and was well-tolerated. Also, 7Ai did not kill normal cells that were tested in lab culture experiments.

"Treatment with 7Ai could provide a new targeted therapeutic option for patients who become resistant to chemotherapy. Developing an effective drug will require more lab work and then clinical studies, however," said Liu.

The researchers are currently working with the UNC Eshelman School of Pharmacy to improve 7Ai's potency and specificity.

"I am particularly indebted to a UNC student with metastatic Ewing sarcoma who made it a priority to donate tissue that could be used for research," said Davis, who is also the associate division chief of pediatric hematology-oncology. "We're also appreciative of funding for our research through an NIH Beau Biden Pediatric Cancer Moonshot grant, which came about after the cancer-related death of President Biden's son." 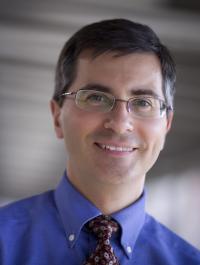