Seals feeding on fish does not decrease fish stocks of Baltic cod, herring and sprat the most - climate change, nutrient load and fisheries do, shows a new study from Stockholm University.

It has long been debated whether the seal predation of fish play a major role in the fish decline in the Baltic Sea compared to human fishing. The debate escalated worldwide since conservation efforts to protect seals and fish-eating birds resulted in increased number of them.

A new study taking into account human pressures on the environment, shows that the seals are not the main problem on commercial fish stocks in the open water of the Baltic Sea.

"We currently have 30 000 grey seals in the Baltic Proper, but we can even have more than 100 000 seals and it will still not affect the amount of cod negatively as much as climate change, nutrient load and fisheries. The Baltic is very sensitive to human impact", says David Costalago, a former postdoctoral researcher at Department of Ecology, Environment and Plant Sciences, Stockholm University.

The cod population size for example, decreased more by environmental change and by human fishing, than the seals eating the fish. How much fish the seals eat is also affected by the climate and nutrient load.

The scientists made projections by computer simulations that stretch until the year 2098. The scenarios with the highest temperature and nutrient load of the Baltic are damaging to cod but not for herring and sprat. It could lead to worsened effect of hypoxia and as a result less fish. Higher nutrient load together with higher temperatures could also lead to higher toxic cyanobacterial blooms of low food quality - making fish smaller and slender.

"We need to start to focus on the main problem that the Baltic is facing for its fish populations - which is for example climate change and eutrophication. We need to find ways to both secure the revenues of the fishers and guarantee the conservation of the fish stock and good status of the grey seal population", says Monika Winder, professor at Department of Ecology, Environment and Plant Sciences, Stockholm University.

The study focused on fish living in the open waters. Therefore, nothing could be said about how seals affect salmon, eel, pike or whitefish that live closer to the coast.

"We want our insights to affect management and conservation that considers the whole ecosystem and multiple pressures, not only the direct biological interaction between fisheries and seal. Often debates about the impact of seals arise from poor understanding of the complexity of predator-prey interactions", says Monika Winder.

The study "The necessity of a holistic approach when managing marine mammal-fisheries interactions: environment and fisheries impact are stronger than seal predation", published in AMBIO: A Journal of the Human Environment on December 8th. DOI: 10.1007/s13280-018-1131-y

The study is a collaboration between Stockholm University, Baltic Sea Centre and Swedish University of Agricultural Science. 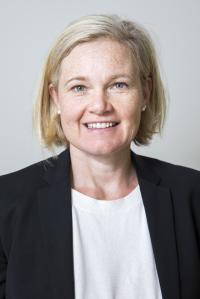