Two new minute spider species have been discovered from the Sichuan and Chongqing, China. The tiny new spiders are both less than 2 mm in length, with Trogloneta yuensis being as little as 1.01 mm and Mysmena wawuensis measured to be the even tinier 0.75 mm, which classes it among the smallest spiders known. The two species described in the open access journal Zookeys both have a bizarre body shape with disproportionately big spherical posterior body.

The family Mysmenidae to which the new species belong is composed of minute eight-eyed spiders. There are a relatively small number of these spiders recognized worldwide despite scientists expect that many new species are still awaiting discovery. Mysmenidae are one of the least studied groups among orb-weaving spiders which is believed to be due to their small size.

Being extremely minute, up to 2 mm in total and having cryptic lifestyle these creatures become rather hard to find. The spiders live in moist leaf litter, and their obscure places such as moss and even caves and they prefer very humid habitats. Spiders from this family are believed to widely throughout the tropical and subtropical regions.

The two new species found in China are considered endemic to their type localities in the Sichuan and Chongqing. The region of Wawu Mt. National Forest Park, where Mysmena wawuensis was discovered is also remarkable for holding a small population of wild giant panda of about 10 individuals. A recent survey shows that 1206 individuals of giant panda are currently living in Sichuan, which makes the region remarkable with about 76% of the whole wild panda population in China being concentrated there attesting for the great biodiversity of the province. 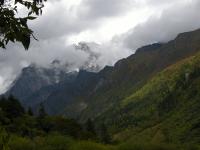 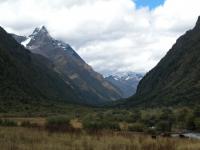