Journal of the American Chemical Society

In an advance toward earlier diagnosis of cancer and other disorders, scientists are reporting development of a potentially fast, simple and inexpensive blood test to detect disease “biomarkers.” The study is scheduled for the Dec. 26 issue of ACS’ Journal of the American Chemical Society, a weekly publication.

Cagri A. Savran and colleagues explain that serum biomarkers can reveal critical information about the onset and progression of many diseases. Several roadblocks hinder clinical use of existing biomarker tests, which will demand smaller sensors, faster detection times, and less expensive ways of analyzing samples of blood and other body fluids.

The study describes development of an integrated serum biomarker detection system for the folate receptor and testing of blood samples from patients with different types of cancer. Researchers captured the folate receptors — proteins that are biomarkers for the growth of cancer cells — with microscopic magnetic beads and assembled them to form a structure termed a “diffraction grating.” A laser beam focused on the grating yielded a pattern that could potentially be used to determine the biomarker concentration and thus the state of tumor growth.

“The same principles presented here should apply for detection of many other disease markers present in various body fluids,” the researchers stated. “Due to its simplicity and high sensitivity, we expect this method to be extremely useful both in research laboratories and in development of devices for point-of-care diagnostics.” — AD

Here’s another reason to “keep off the grass.” Researchers in Canada report that marijuana smoke contains significantly higher levels of several toxic compounds — including ammonia and hydrogen cyanide — than tobacco smoke and may therefore pose similar health risks. Their study, termed the most comprehensive to date on the chemical content of marijuana smoke, is scheduled for the Dec. 17 issue of ACS’ Chemical Research in Toxicology, a monthly journal.

In this new study, researchers compared marijuana smoke to tobacco smoke, using smoking machines to simulate the smoking habits of users. The scientists found that ammonia levels were 20 times higher in the marijuana smoke than in the tobacco smoke, while hydrogen cyanide, nitric oxide and certain aromatic amines occurred at levels 3-5 times higher in the marijuana smoke, they say. The finding is “important information for public health and communication of the risk related to exposure to such materials,” say the researchers. — MTS

A new analysis has concluded that use of existing biotechnology in the production of so-called bulk chemicals could reduce consumption of non-renewable energy and carbon emissions by 100 percent. The study appeared in the Nov. 15 issue of ACS’ Environmental Science & Technology, a semi-monthly journal.

Bulk chemicals like ethylene, butanol or acrylic acid are the basic raw materials used in the production of everything from plastics and fertilizers to electronic components and medicines. Currently derived from crude oil and natural gas, bulk chemical production creates billions of tons of carbon dioxide each year. Still, the application of industrial biotechnology for the production of bulk chemicals has received much less attention than alternative fuel or biomass-derived energy production.

B. G. Hermann and colleagues analyzed current and future technology routes leading to 15 bulk chemicals using industrial biotechnology, calculating their carbon emissions and fossil energy use. With biotechnology advances in the future, the researchers suggest that worldwide CO2 savings in the range of 500-1000 million tons per year are possible. Even today, bio-based bulk chemicals “offer clear savings in non-renewable energy use and green house gas emissions with current technology compared to conventional petrochemical production.” — AD

Consumer demand for dietary supplements containing large amounts of plant-based antioxidants has outpaced scientific knowledge on the actual health benefits, best dosages, and risks of those phytochemicals, according to an editorial in the December (current) issue of ACS’ Molecular Pharmaceutics, a bi-monthly journal. It is part of a special edition of the journal devoted to research on phytochemicals, substances found in fruits and vegetables, which show promise in preventing cancer, aging, heart disease and other conditions.

Guest Editor Ming Hu issues “a call to arms” for more relevant research on antioxidants, especially in the high doses used in dietary supplements. Many past studies on the potential health benefits of these compounds have been done in animals and their exact effects in humans are uncertain, he notes, without adequate attention to bioavailability — how much of a dose actually can be used by the body — and how phytochemicals interact with prescription drugs.

Hu calls for more studies exploring how these antioxidants are utilized in the body, particularly by targeted areas such as the heart and breast tissue. He notes, for example, that millions of women in the United States are taking soy-based phytoestrogens to relieve menopausal symptoms. Recent studies, however, found that a compound in soy might stimulate the growth of breast cancer. — MTS

ARTICLE #4 FOR IMMEDIATE RELEASE
“Commentary: Bioavailability of Flavonoids and Polyphenols — Call to Arms”

Toward improving the safety of Lithium-ion batteries
Chemical & Engineering News

After recalls and fires involving Lithium-ion batteries, battery manufacturers and scientists have launched an intensive effort to improve the safety of these rechargeable power packs found in dozens of consumer electronics products, according to an article [http://pubs.acs.org/cen/science/85/8551sci1.html] scheduled for the Dec. 17 issue of Chemical & Engineering News, ACS’ weekly newsmagazine.

In the article, C&EN Senior Editor Mitch Jacoby points out that fires and explosions involving Lithium-ion batteries are rare, occurring in anywhere from one in 1 million to one in 10 million batteries, according to the best estimates. Still, these widely-publicized incidents have worried consumers and forced costly recalls of millions of batteries.

Researchers in industry and academia do not fully understand why Lithium-ion batteries sometimes catch fire or explode, Jacoby notes. Possible explanations include impurities that short circuit the batteries and yet unidentified reactions that underlie the problem. Nevertheless, researchers are exploring new battery materials, including components that generate less heat and reduce the risk of mishaps. Manufacturers are already selling or planning to sell safer Lithium-ion batteries for power tools and electric vehicles, with more improvements on the way, according to the article.

The American Chemical Society (ACS) Office of Communications is posting a Santa’s sack of gifts for the entertainment and enlightenment of users of iPods and other portable digital audio players. Called “The 12 Days of Holiday Podcasts,” these audio snippets focus on chemistry’s lighter-hearted connections to the holiday season and are based on research from ACS’ suite of 36 peer-reviewed scientific journals. They will be posted daily between Dec. 12 and Dec. 24. The holiday podcasts are part of Science Elements: http://portal.acs.org/portal/acs/corg/content?_nfpb=true&_pageLabel=PP_SUPERARTICLE&node_id=1355&use_sec=false&sec_url_var=region1.

Bytesize Science is an educational, entertaining podcast for young listeners. Bytesize Science translates cutting-edge scientific discoveries from ACS’ 36 peer-reviewed journals into stories for young listeners about science, health, medicine, energy, food, and other topics. It includes content from Chemical & Engineering News, ACS’ weekly news magazine. New installments of Bytesize Science are posted every Wednesday and available without charge. The archive includes items on environmental threats to killer whales, a scientific explanation for why some people love chocolate, some unlikely new uses for compact discs, and a hairy tale about “hairy roots.” The podcaster for Bytesize Science is Adam Dylewski, an ACS science writer and recent graduate of the University of Wisconsin-Madison with degrees in genetics and science communication.

The American Chemical Society has selected winners from schools around the nation for its 2007 poster contest for National Chemistry Week. That program, celebrating its 20th anniversary this year, has taught millions of students in grades K-12 and others about chemistry’s central role in everyday life. This year’s theme, “The Many Faces of Chemistry,” emphasized chemistry’s roles in improving public health, protecting the environment, providing innovative new products, and making life longer, healthier, and happier. For names, schools, and hometowns of winners and other details, please visit http://www.flickr.com/groups/ncwpostercontestwinners/ or contact m_bernstein@acs.org

The American Chemical Society’s workshop, Cooks with Chemistry —The Elements of Chocolate provided reporters with a delectable assortment of new information on the world’s favorite treat. Held Oct. 11, 2007, at the Institute of Culinary Education in New York City and sponsored by the ACS Office of Communications, the chocolate workshop featured presentations from Harold McGee and Shirley Corriher, award-winning cookbook authors, and Sara Risch, the noted food and flavor chemist. With chocolate consumption nearing an annual peak as the holidays approach, we are providing content from this event to news media unable to attend the workshop. The material includes ACS journal articles about the chemistry of chocolate; advice for cooks who run into trouble with chocolate recipes; tips on how to successfully use “new” chocolates in old favorite recipes; and a fascinating comparison of the health benefits and flavor components of different kinds of chocolate. For interviews with the chocolate workshop participants or other information, please contact newsroom@acs.org. 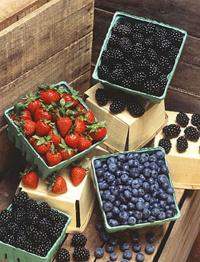