In the line-up of wild African fruits, the marula is the best known. For thousands of years, people have depended on the trees for food, medicines, and more. It is also exported globally as the rockstar ingredient of a cream liqueur. The fruit is a success story far beyond the savannas and bushveld where the trees grow.

But there is a whole choir of other wild, indigenous fruits in Southern Africa. And some exceed daily nutritional values recommended by the WHO and others.

Research from the University of Johannesburg uncovers a variety of building blocks for protein in the fruit of 14 species. Several are analyzed for the first time for nutritional value.

The study published in Plants uncovers the essential amino acids in the fruits. These nutrients are essential for healthy development in children, and to maintain health in adults.

One is a very good candidate to boost immune function against viruses, because it contains so much lysine.

"The majority of these are considered essential amino acids because they cannot be made by the human body. We humans need to eat them, so they need to be included in our diets.

"We can improve the nutrition quality of our diets with wild fruit," says Prof Annah Moteetee. She is from the University of Johannesburg and lead author of the study.

"We can eat the fruits by themselves, or use them together with other foods," she adds.

The fruit of the white olive grow directly out of the tree bark. The unusual berries pack an essential amino acid punch, this first analysis of the nutritional value reveals. Its scientific name is Halleria lucida.

The sweet, soft fruit is delicious to birds and humans, so humans make sure they get to the trees before the birds do, adds Moteetee. But it was more complicated than just getting to the fruit first. A very specific ripening process is crucial to make the berries edible.

"I grew up in Lesotho eating these fruits," she says. "As kids, we would collect them while they are green and unripe. Because by the time they are ripe, the competition with birds and other people is stiff. We would dig a hole in the ground, line it with big leaves, and put the fruit in there," she says.

"So you harvest as much as you can, while you can. You would mark the spot so you could find it the next time. We really enjoyed these fruits as kids. It is one of the reasons I decided to include this fruit in the study. Some researchers say it dries your mouth, but I don't remember that."

The berries look plain but contain several of the essential amino acids recommended by the WHO.

Of all the wild fruits in the study, the white olive had the highest quantities of histidine at 1.56 mg/100 g. Histidine is an essential amino acid for infants.

However, the white olive fruit is more suited as a general supplement of essential amino acids, since it contains most of these in lower quantities than the recommended daily intake.

The tree occurs next to rivers in the wild. In South Africa it is also planted in suburban gardens for its flowers or trimmed into hedges.

The carbohydrate supplement: The Lowveld milkberry

The Lowveld Milkberry, or Manilkara mochisia, turned out to be the best source of carbohydrates among the fruits studied, says Moteetee. The fruit is also analyzed for the first time for its nutritional value.

However, at best the fruit can be a supplement to a diet, since an average adult would have to eat 5 kg of it every day to meet the RDA value of 2000 kcal.

The immune booster: The jacket plum

The jacket plum's fruit is so packed with lysine, it far exceeds the required daily intake for adults, the researchers found. The jacket plum is also known as Pappea capensis.

Lysine supports healthy growth and development in young children. It is also needed to maintain a healthy immune function, especially against viruses.

Each fruit tested in the study exceeded the WHO RDA for 24 hours in adults, says Moteetee. The highest lysine sampled in the study was 0.77 g per 100 g portion. This is far higher than the required daily intake of 0.0003 g/100 g recommended by the WHO.

Pappea capensis also had the highest quantities of methionine (0.15 g/100 mg) and threonine (0.31 g/mg). Its methionine value is equivalent to the WHO RDA, but lower than recommended by the FDA.

Accompanying the protein is also good dollop of fat, at 5.11 g per 100 g portion.

Like the white olive, the jacket plum contains several of the essential amino acids recommended by the WHO.

The tree looks like an ordinary African tree. But sheep like the leaves so much, they trim trees in the Karoo into lollipop shapes, says Prof Ben-Erik van Wyk. He holds a National Research Chair in Indigenous Plant Use at the University of Johannesburg. He has published a series of books about Southern African plants and their medicinal and traditional uses.

"The tree is used by many cultures in Southern Africa for traditional medicine. The plant is related to the lychee, in the family Sapindaceae. The edible part in both is not the fruit itself but a fleshy attachment to the seed, which is called an aril," he adds.

All 14 of the fruits in the study contain lysine, an essential amino acid for healthy immune function in people, says Moteetee. Even better, all of them significantly exceed the RDA guideline from the WHO.

The jacket plum has the highest lysine content and is also easy to grow.

"These fruits need to be studied further to determine their commercial potential," says Moteetee.. "Measuring protein quality will tell us how digestible and bioavailable the amino acids in these fruits are, for example."

The authors would like to acknowledge the University of Johannesburg for financial and logistical support. We are indebted to the Agricultural Research Council (ARC) Institute for Tropical and Subtropical Crops, Nelspruit for fruit samples. The National Research Foundation is acknowledged for funding the project. 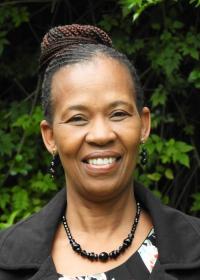