Politics and Twitter now seem inseparable, especially with politicians tweeting increasingly to connect with their supporters. A team of researchers at the University of Missouri's Political Communication Institute (PCI) have found evidence that social media engagement--or social watching-- during last year's presidential debates produced beneficial effects for those engaged on Twitter while watching the debates on TV. In a pair of studies, communication experts have found that issue-based tweeting was directly related to greater knowledge acquisition, and social watching actually helps viewers solidify their beliefs around their chosen candidates.

"Throughout the 2016 presidential campaign, we were particularly interested in exploring the influence of social media, including Twitter, on voters' political attitudes and behaviors," said Mitchell S. McKinney, professor of communication and director of the PCI. "Our debate studies were designed to drill down and go beyond the partisan attacks and angry rants politicians often post to see if a voter's social media engagement serves a useful function. Ideally, we wanted to assess if those following and tweeting during the debates actually learned anything about political issues."

In the first study, researchers asked debate viewers to tweet while watching the 2016 Democratic and Republican presidential primary debates while following specific instructions. Some debate viewers were asked to tweet their partisan reactions in support of the candidate they preferred. Other participants were asked to be objective in their reactions to the candidates, and focus particularly on fact-based tweeting regarding claims made by the candidates during the debate.

"Our results first indicated that greater engagement with Twitter while debate watching actually enhances learning, as those who tweeted more frequently during the debate scored higher on post-debate knowledge questions; however, not all tweeting is created equal," McKinney said. "Those participants who engaged in greater issue tweeting showed more knowledge acquisition than debate viewers who tweeted more about candidate image. Overall, these results show that social watching and tweeting can actually facilitate greater acquisition of political knowledge when viewing a debate."

In the second study, researchers sought to understand how individuals process political information presented in debates while engaging in social media, or the "second screen" environment.

"First, we found that debate watchers focused more attention on campaign issues than on candidate images," said Ben Warner, associate professor of communication in the MU College of Arts and Science and a member of the PCI faculty. "This finding suggests that citizens' political dialogue can transcend the usual attack of one's political opponent and partisan criticism that is often featured on social media. We also confirmed that participants who engaged in issue tweeting had greater knowledge outcomes from their debate watching and scored higher on post-debate knowledge questions. Finally, those debate watchers who engaged in more frequent issue tweeting were more confident in their political knowledge, and more frequently adopted 'argument stance-taking' in their debate tweeting; these individuals' tweets were more likely to agree or disagree with candidates' positions."

Ultimately, greater issue tweeting does appear to facilitate greater political knowledge acquisition when viewing a presidential debate, McKinney said. Future studies will continue to explore the intersection of social media and politics, including the content of citizens' political tweets and how televised debate viewers process and learn from candidates' campaign debates.

The first study, "Tweeting Presidential Primary Debates: Debate Processing Through Motivated Twitter Instruction," was published in American Behavioral Scientist. Freddie Jennings and Calvin Coker, doctoral students in the Department of Communication, co-authored the study. The second study, "Processing the Political: Presidential Primary Debate 'Live-Tweeting' as Information Processing," will be included in the in the forthcoming book, An Unprecedented Election: Media, Communication and the Electorate in the 2016 Campaign, and was co-authored with doctoral student Josh Bramlett. 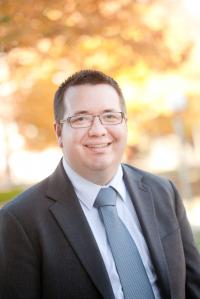