CHAPEL HILL, N.C. – A new study of women ages 50 and older examines the 12.2 percent who say they are satisfied with their body size to unlock the secrets of body satisfaction.

This minority of midlife women who report being satisfied with their body size appears to exert considerable effort to achieve and maintain this satisfaction. In addition, they are not impervious to dissatisfaction with other aspects of their physical appearance; especially those aspects affected by aging, said Cynthia Bulik, PhD, corresponding author of the study.

Cristin Runfola, PhD"Of course the fact that so few women are satisfied with their body size is concerning," said Cristin Runfola, PhD, first author of the study. "But we were interested in how some women remain happy with their size and shape, given ubiquitous social pressures to retain a youthful thin appearance, and the influence of a multibillion dollar antiaging cosmetics industry."

"Of course the fact that so few women are satisfied with their body size is concerning," said Cristin Runfola, PhD, first author of the study.

The study, published online Oct. 11, 2013 by the Journal of Women & Aging, used a sample of 1,789 women in the United States aged 50 years and older from the Gender and Body Image (GABI) study to characterize the profile of mature women who report body size satisfaction based on silhouettes. Respondents answered a wide array of questions about their history with dieting and weight control, current eating disorder symptoms, current weight and shape concerns, and quality of life.

Defined as having a current body size equal to their preferred size, body satisfaction was endorsed by only 12.2 percent of women ages 50 and older and was associated with better overall functioning. Satisfied women had a lower body mass index, and reported fewer eating disorder symptoms and dieting behaviors.

Interestingly, even though these women were content with their body size, a sizeable number still reported dissatisfaction with other aspects of their appearance, including their stomach (56.2 percent), face (53.8 percent), and skin (78.8 percent). Further, weight monitoring and appearance-altering behaviors (such as cosmetic surgery) did not differ between satisfied and dissatisfied groups, and weight and shape still played a considerable role in body size satisfied women's self-evaluation. Satisfied women also engaged in more exercise per week than dissatisfied women.

"Our findings underscore the need for a multifaceted approach to studying and assessing body image in women as they mature, as their bodies undergo constant age-related change," said Bulik, director of the UNC Center of Excellence for Eating Disorders, distinguished professor in the University of North Carolina School of Medicine and professor in the UNC Gillings School of Global Public Health. 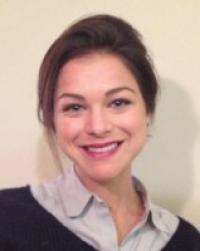