PROVIDENCE, R.I. [Brown University] — Even small devices need power, and much of that juice comes from fuel cells. As these devices become even smaller, the rush is on to find more efficient ways to power them.

In the last several years, scientists have discovered that palladium, a metal, is a strong candidate for providing that initial boost that helps fuel cells go. Palladium is far cheaper than another popular fuel cell catalyst, platinum, and it's more abundant.

But researchers have wrestled with creating palladium nanoparticles with enough active surface area to make catalysis efficient in fuel cells while preventing particles from clumping together during the chemical processes that convert a fuel source to electricity. Two Brown University chemists have found a way to overcome those challenges.

The scientists report in the online edition of the Journal of the American Chemical Society that they have produced palladium nanoparticles with about 40 percent greater surface area than commercially available palladium particles. The Brown catalysts also remain intact four times longer than what's currently available.

"This approach is very novel. It works," said Vismadeb Mazumder, a graduate student who joined chemistry professor Shouheng Sun on the paper. "It's two times as active, meaning you need half the energy to catalyze. And it's four times as stable."

Mazumder and Sun created palladium nanoparticles 4.5 nanometers in size. They attached the nanoparticles to a carbon platform at the anode end of a direct formic acid fuel cell. The researchers then did something new: They used weak binding amino ligands to keep the palladium nanoparticles separate and at the same size as they're attached to the carbon platform. By keeping the particles separate and uniform in size, they increased the available surface area on the platform and raised the efficiency of the fuel cell reaction.

What's also special about the ligands is that they can be "washed" from the carbon platform without jeopardizing the integrity of the separated palladium nanoparticles. This is an important step, Mazumder emphasized, because previous attempts to remove binding ingredients have caused the particles to lose their rigid sizes and clump together, which gums up the reaction.

The Brown team said in experiments lasting 12 hours, their catalysts lost 16 percent of its surface area, compared to a 64-percent loss in surface area in commercial catalysts.

"We managed to ebb the decay of our catalyst by our approach," said Mazumder, who is in his second year in Sun's lab. "We made high-quality palladium nanoparticles, put them efficiently on a support, then removed them from the stabilizers efficiently without distorting catalyst quality."

The Brown scientists now are looking at various palladium-based catalysts with enhanced activity and stability for future fuel cell applications.

"We want to make it cheaper with analogous activity," Mazumder said.

The research was funded by the Division of Materials Research of the National Science Foundation and a Brown seed fund. 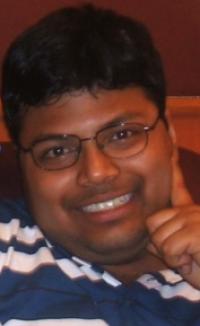