On an archaeology field trip in New Mexico as an undergraduate in 2006, Dana Bardolph noticed something that struck her as an odd gender imbalance: The professor leading the dig was a men, while the graduate assistant and all but two of the 14 undergrads were women.

"And it just got me thinking," Bardolph recalled. "Is this reflective of the profession as a whole, or is it an anomaly?"

The question stayed with her, and four years ago she decided to search for an answer. Her findings -- generated after digging through more than 4,500 peer-reviewed papers in 11 archaeology journals covering a 23-year period -- are published in a recent issue of the archaeology journal American Antiquity.

Bardolph, a Ph.D. student in UC Santa Barbara's Department of Anthropology, found that female authors are significantly and consistently underrepresented in American archaeology journals. Indeed, although the gender ratio among researchers is roughly equal, in the journals Bardolph surveyed, female authors account for slightly less than 29 percent of articles published.

"I found that there was no significant difference between any of the regions, any of the journals, so it was really a ubiquitous pattern across the study samples," Bardolph said.

The results, she and researchers familiar with the paper said, have deep implications not just for women in the field but for the direction and substance of archaeology itself. Bardolph argues, based on feminist theory, that the low rates of publication perpetuate a marginalization of female researchers in academia and demonstrate what she called "a pernicious historical bias with regards to the visibility, recognition, presentation and circulation of women's writing."

Bardolph's adviser, Amber VanDerwarker, associate professor of anthropology and director of UCSB's Integrative Subsistence Laboratory, said the paper has the potential to catalyze a movement toward greater gender equity in publishing and academia. "It is hugely significant because there have been articles here and there that talk about this issue of gender equity in the field," she said, "and none of the studies has done this much data collection and analysis; this is the first study of this scale looking at publication rates."

Among the articles surveyed in the major journals, Bardolph found 71.4 percent were lead-authored by men and 28.6 percent by women. The regional journals revealed nearly identical numbers. In addition, the data were consistent over time.

While the data demonstrated a clear gender bias, what they didn't show is the source, said Bardolph, whose specialty is paleoethnobotany, a study of the relationship between humans and plants in the past.

The journals don't track submissions by gender, so there's no way to tell if men are being favored explicitly, she said. Other studies, however, have found that men submit papers far more often than women do, with equal rejection rates among the genders.

Based on her research, Bardolph said she suspects the bias is likely a result of authorial behavior rather than editorial or reviewer bias. Women, she noted, are more likely to take on "nurturing" roles in academia and accept positions in smaller teaching colleges as opposed to large research universities with their more abundant resources.

"When you have grad students you can collaborate with, you publish more than you would if you were doing everything by yourself," VanDerwarker said. "I spent a few years at a teaching college just struggling to keep up with the publication record."

Another potential factor Bardolph noted is more subjective: braving the sometimes-brutal journal submission process. The anonymity of peer reviewers occasionally engenders harsh rejections. And archaeology, which has long been dominated by men, is no exception.

"I think it's highly plausible that the issue of rejection ¾ and whether you do decide to revise and resubmit or discard the manuscript -- has a lot to do with confidence issues," Bardolph said. "I wouldn't be surprised if that was in fact the case, that perhaps women were revising and resubmitting less often than men."

For Bardolph, getting academia to acknowledge gender bias is just one step on a long road to equality. "People aren't really realizing this sort of inequality is still pervasive," she said. "My real goal is to bring awareness to the issue and to inspire people to delve more deeply into their particular subdisciplines and continue this type of research so we can continue to explore why these inequities perpetuate and think about what we can do about them." 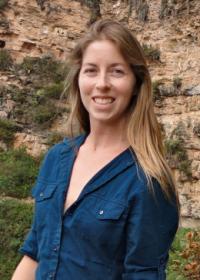