Scientists at UC San Francisco have shown that gene-edited cellular therapeutics can be used to successfully treat cardiovascular and pulmonary diseases, potentially paving the way for developing less expensive cellular therapies to treat diseases for which there are currently few viable options.

The study, in mice, is the first in the emerging field of regenerative cell therapy to show that products from specially engineered induced pluripotent stem cells called "HIP" cells can successfully be employed to treat major diseases while evading the immune system. The findings subvert the immune response that is a major cause of transplant failure and poses a barrier to using engineered cells as therapy.

"We showed that immune-engineered HIP cells reliably evade immune rejection in mice with different tissue types, a situation similar to the transplantation between unrelated human individuals. This immune evasion was maintained in diseased tissue and tissue with poor blood supply without the use of any immunosuppressive drugs." said Tobias Deuse, MD, the Julien I.E. Hoffman, M.D. Endowed Chair in Cardiac Surgery and a first author of the study.

Deuse's research is an example of "living therapeutics," an emerging pillar of medicine in which treatments are broadly defined as living human and microbial cells that are selected, modified, or engineered to treat or cure disease.

The study appears in PNAS (Proceedings of the National Academy of Science of the United States of America).

The prospects of generating specialized cells in a dish that can be transplanted into patients to treat various diseases are encouraging, the scientists report. However, the immune system would immediately recognize cells that were recovered from another individual and would reject the cells. Hence, some scientists believe that custom cell therapeutics need to be generated from scratch using a blood sample from every individual patient as starting material.

The research group at UCSF followed a different approach, using gene editing to create 'universal stem cells' (named HIP cells) that are not recognized by the immune system and can be used to make "universal cell therapeutics."

The scientists transplanted specialized, immune-engineered HIP cells into mice with each of these conditions and were able to show that the cell therapeutics could alleviate peripheral artery disease in hindlimbs, prevent the development of lung disease in mice with alpha1-antitrypsin deficiency, and alleviate heart failure in mice after myocardial infarction.

To enhance the translational aspect of this proof-of-concept study, the researchers assessed the treatment's efficacy using standard parameters for human clinical trials focusing on outcome and organ function.

The Promise of an Affordable Option

Deuse, who is also surgical director of the Transcatheter Valve Program and directs Minimally Invasive Cardiac Surgery, plans to explore the potential of these universal stems cells for treating other endocrine and cardiovascular conditions. He noted that, because of the novelty of the approach, a careful and measured introduction into clinical trials will be crucial. Once more is known about human safety, he said, it will be easier to estimate when treatments using HIP cells might be approved and available for patients.

One of the great benefits of this approach, said Deuse, is that the strategy of immune engineering comes with a reasonable price tag. It would make the manufacturing of universal, high-quality cell therapeutics more cost effective, could allow future treatment of larger patient populations, and facilitate access for patients from underserved communities.

"In order for a therapeutic to have a broad impact, it needs to be affordable," said Deuse. "That's why we focus so much on immune-engineering and the development of universal cells. Once the costs come down, the access for all patients in need increases."

Sonja Schrepfer, MD, PhD, a senior author on the paper, is a UCSF professor who has joined Sana Biotechnology, Inc. for the translation of the HIP technology into human therapeutics. She is a pioneer of immune engineering and co-inventor of the HIP cells The other co-senior author of the paper is Lewis L. Lanier, PhD, a UCSF professor of Microbiology and Immunology, and co-leader of the Cancer Immunology & Immunotherapy Program at the UCSF Helen Diller Family Comprehensive Cancer Center.

About UCSF: The University of California, San Francisco (UCSF) is exclusively focused on the health sciences and is dedicated to promoting health worldwide through advanced biomedical research, graduate-level education in the life sciences and health professions, and excellence in patient care. UCSF Health, which serves as UCSF's primary academic medical center, includes top-ranked specialty hospitals and other clinical programs, and has affiliations throughout the Bay Area. UCSF School of Medicine also has a regional campus in Fresno. Learn more at ucsf.edu, or see our Fact Sheet. 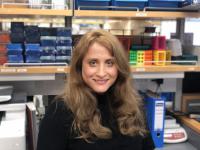 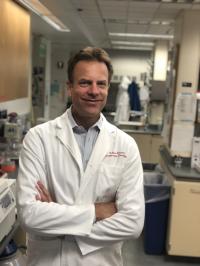