The Royal Astronomical Society is pleased to announce the 2018 winners of its awards, medals and prizes. Each year the RAS recognises significant achievement in the fields of astronomy and geophysics through these awards.

The announcements were made at the Ordinary Meeting of the Society held on Friday 12 January 2018. The winners will be invited to collect their awards at the European Week of Astronomy and Space Science in Liverpool in April.

Professor Hough is awarded the Gold Medal of the Royal Astronomical Society for his seminal contribution to the science of gravitational waves. These disturbances in the curvature of space-time were predicted by Albert Einstein in 1916. Gravitational waves were first detected a century later by the Advanced Laser Interferometer Gravitational Wave Observatory (LIGO), emanating from the merger of two massive black holes. This discovery gave astronomers an entirely new tool for studying the universe.

Over four decades, Professor Hough developed many of the key technologies and experimental techniques that made this first direct detection of gravitational waves possible. The detection required extremely precise measurements of tiny signals embedded in a very noisy environment. This was achieved using laser interferometers capable of measuring shifts of less than a thousandth of the diameter of a proton (one of the particles that makes up the nucleus of an atom), or about a million million millionth of a metre across. Professor Hough, working as part of the UK/German GEO600 team, developed sophisticated mirror suspensions that enabled LIGO to reach the sensitivity required for the discovery.

He is the author of more than 300 journal papers and, throughout his career, has combined academic research and teaching with the promotion of science and education in the United Kingdom and Europe.

Alongside his work in Cambridge, since 2010 he has also been an adjunct professor at the University of Iceland, where he studies volcanic rift processes and maps movement of magma beneath the surface. He has trained more than 50 students and post-doctoral researchers, many of whom have taken up senior faculty positions in academia and industry.

Professor White's early research career was in marine geophysics, where his work on magmatism associated with the early stages of rifting is probably the best known, most influential and most cited in his career so far. More recently, he has worked extensively and fruitfully in Iceland on the elevated Mid-Ocean Ridge where, in 2014-15, his group used an array of 75 broad-band seismometers to study a 46-kilometre-long dyke culminating in a surface eruption. His 250 peer reviewed publications on geodynamics and geophysics have been cited more than 5,500 times and are a testament to the huge impact he has had on our understanding of the solid Earth.

"It is an enormous pleasure to congratulate the 2018 cohort of winners of our awards and medals. Over nearly two centuries, the Society has recognised the very best men and women in astronomy, space science and geophysics, in the UK and around the world, and this year is no exception.

Winners this year are from across the gamut of our sciences, including developing instrumentation for the first detection of gravitational waves, studying the distant universe, making a success of the Rosetta mission and understanding volcanic activity in Iceland.

The achievements of all of them are incredibly impressive, and I am delighted to see their work recognised in this way."

The Society also awards more than 20 other medals, awards, lectures and honorary fellowships; for more information on the awards and the achievements of the winners, see the full citations linked from the winners' names below.

[Full details of each citation will be on the RAS website after the embargo expires: see http://www.ras.org.uk]

The Royal Astronomical Society (RAS), founded in 1820, encourages and promotes the study of astronomy, solar-system science, geophysics and closely related branches of science. The RAS organizes scientific meetings, publishes international research and review journals, recognizes outstanding achievements by the award of medals and prizes, maintains an extensive library, supports education through grants and outreach activities and represents UK astronomy nationally and internationally. Its more than 3900 members (Fellows), a third based overseas, include scientific researchers in universities, observatories and laboratories as well as historians of astronomy and others.

AS medals and awards honor leading astronomers and geophysicists 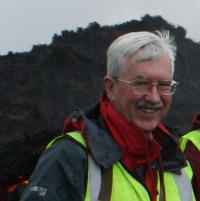