Scientists at the University of Maryland have developed a new, web-based tool that enables researchers to quickly and easily visualize and compare large amounts of genomic information resulting from high-throughput sequencing experiments. The free tool, called Epiviz, was described in a paper published online on August 3, 2014 in the journal Nature Methods.

Next-generation sequencing has revolutionized functional genomics. These techniques are key to understanding the molecular mechanisms underlying cell function in healthy and diseased individuals and the development of diseases like cancer. Data from multiple experiments need to be integrated, but the growing number of data sets makes a thorough comparison and analysis of results challenging.

"Prior tools limited visualization to presentation and dissemination, rather than a hybrid tool integrating interactive visualization with algorithmic analysis," says Héctor Corrada Bravo, assistant professor in computer science at UMD. He also has an appointment in the Center for Bioinformatics and Computational Biology of the university's Institute for Advanced Computer Studies.

Because Epiviz is based on the Bioconductor infrastructure, the tool supports many popular next-generation sequencing techniques, such as ChIP-seq, which is used to analyze protein interactions with DNA; RNA-seq, which reveals a comprehensive snapshot of the abundance of RNAs in cells; and DNA methylation analyses.

Epiviz implements multiple visualization methods for location-based data (such as genomic regions of interest) and feature-based data (such as gene expression), using interactive data visualization techniques not available in web-based genome browsers. For example, because display objects are mapped directly to data elements, Epiviz links data across different visualizations giving users visual insights of the spatial relationships of multiple data sets. The tool is designed to allow biomedical scientists to easily incorporate their own visualizations.

This research was supported by the National Institutes of Health (Award Nos. HG006102 and HG005220), Illumina Corp. and Genentech. The content of this article does not necessarily reflect the views of these organizations. 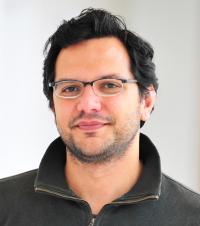