In recent years, Latinos have migrated from Central America to the United States due to violence, high crime rates, and poverty in their home countries. However, violence and trauma continue along their way to the United States. New research led by George Mason University's College of Health and Human Services (CHHS) found that undocumented Latina immigrants meet the threshold for post-traumatic stress disorder (PTSD) diagnosis at nearly four times (34%) the rate of civilian women in America overall (9.7%).

"We found that time in the United States did not lessen trauma symptoms among the women studied, a fact that is concerning given that they typically came here to escape violence and severe poverty in their countries of origin," explains Cleaveland.

The researchers also found differences in PTSD threshold by occupation. Women working outside the home had higher scores (i.e., more symptoms of PTSD), compared to those who stayed home to take care of children. Unemployed women had the lowest scores. This suggests that these women may have better social support and resources, reducing their distress.

The researchers conducted in-depth interviews with 62 Latina immigrants at two Mason and Partner (MAP) clinics operated and staffed by George Mason University faculty and students that serve the uninsured and other underserved populations. They used two validated instruments to assess PTSD and trauma: the civilian version of the PTSD checklist and a trauma history questionnaire.

This study follows earlier work by Cleaveland in Qualitative Social Work that examined narratives of Latina women's journeys across the U.S. border. Violent crime by smugglers emerged as one of the most prominent themes.

"After risking their lives to come to the United States, these women have few resources and are still under the stress of potential arrest and deportation," explains Cleaveland. "Moreover, they have to live in isolation from their family members in their countries of origin. All these factors make it much harder to recover from the previous experiences that caused their PTSD."

While these women met the threshold for PTSD at a higher rate, gang violence in their home countries and trauma along their journey did not predict PTSD symptoms because most of the women in this sample had not suffered this violence and trauma.

The researchers recommend additional study of Latina immigrants to fully comprehend the scope of PTSD in this group as well as factors contributing to resilience and recovery. Further exploration should be done to link Latina immigrants to mental health services, determine the effects of smuggling violence on immigrants, and evaluate additive effects of multiple traumas. 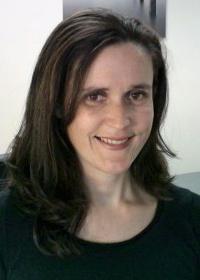