An international team of researchers has proposed a new way to make atoms or ions indistinguishable by swapping their positions. These particles are then expected to exhibit exotic properties. The study involved physicists from the University of Bonn, the Austrian Academy of Sciences, and the University of California. The work has now been published in Physical Review Letters.

Imagine that you are playing the game of 'Find the Lady' - in fact, a very simple version of it: The croupier is no hardened con artist, but rather a thoroughly honest woman. And on the table in front of her are just two cups, not three. These are made from black plastic and look so darned alike that - try as you might - you cannot distinguish one from the other.

The croupier now begins to move both cups backward and forward. Her moves are very fast and dexterous. Nevertheless, with a little concentration, you manage to follow her moves. At the end, you can correctly state which of the cups was originally on the left and which on the right.

But what would happen if you close your eyes when the cups are being moved? In this case, you can only guess: after all, to you, both cups look completely identical. Of course, they aren't really so: cup 1 remains cup 1, no matter how often it changes places with cup 2.

However, in the world of the smallest things, experiments can be performed in which the thing of identity is not that clear. Playing a game such as 'Find the Lady' in the quantum world has now been proposed by physicists at the Institute of Applied Physics (IAP) of the University of Bonn together with their colleagues from Austria and the USA.

In different places at the same time

In the quantum world, the cups are replaced by two atoms that are exactly in the same atomic state. "Such atoms can be produced in specialized laboratories with state-of-the-art techniques," explains Prof. Dieter Meschede from the IAP. "They are actually completely the same and only differ due to the position at which they are located."

When you play 'Find the Lady' in the world of atoms, you have some extra freedom. For instance, researchers can count on the quantum mechanical phenomenon according to which particles can be in two different places at the same time. By cleverly using this phenomenon, atom 1 and 2 can, with a certain amount of luck, swap places without anyone noticing.

In other words: at the end of the quantum manipulation, the observer has no way to say - as a matter of principle - whether atom 1 is actually still atom 1 or whether it has been swapped with atom 2. For standard cups, it would still be possible to tell them apart reliably using their tiniest differences such as a microscopically small dent. This is not the case for identically prepared atoms; they are exactly the same. "At the end of the experiment, it is thus no longer possible - in whatever form - to identify which of the two atoms is number 1 and which is number 2," explains Dr. Andrea Alberti from the IAP.

This also has philosophical implications. The German philosopher Gottfried Wilhelm Leibniz (1646-1716) is credited with the assertion that two objects are identical when no differences can be discerned between them. Following Leibniz's logic, the switched atoms must have then lost part of their individuality: they are two, yet they are somehow one.

Astoundingly, both of them are also 'connected' to each other after switching places: certain properties of both particles such as the spin - the direction of rotation of an atom - depend upon both particles. If you observe the spin orientation of atom 1, then you will immediately know the spin orientation of atom 2 - even without directly observing it. "It is as if you throw two coins independently of each other," explains Andrea Alberti. "If one coin shows heads, then this must also be the case for the other." Physicists talk of 'entanglement'.

The IAP researchers are currently working on putting their theoretical proposal into practice. The experiment can also be performed in a modified form with other particles such as ions - a route that the colleagues at the Institute for Quantum Optics and Quantum Information in Innsbruck of the Austrian Academy of Sciences want to take. "We expect from these studies, in which we control with high precision exactly two quantum particles, new findings on the fundamental quantum mechanical exchange principle," hopes Alberti.

'Find the Lady' in the quantum world 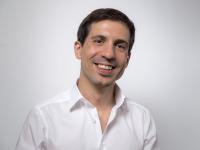 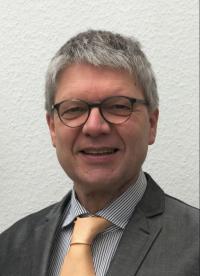