Life originates from water. Hydrogels--hydrophilic polymer network swelling in water--resembles the original form of life, the algae and bacterium. In the modern life, hydrogels are ubiquitous in nature, from muscle and cartilage in animal tissues to xylems and phloems in plants. The intrinsic biocompatibility of hydrogels makes them prevailing in medical applications, such as wound dressing, drug delivery, and tissue scaffold.

1. To optimize hydrogel coating methods for the translation to mass production;

2. The long term stability of functional hydrogel coatings in aqueous environment, such as in seawater, body fluid, and blood;

3. The fatigue of stretchable hydrogel adhesion under cyclic loading;

4. A general method for testing the adhesion of hydrogel coating with extreme thin thickness. 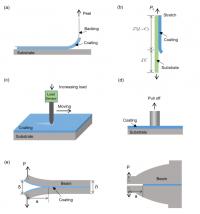 Figure 2. Tests for the adhesion of hydrogel coatings.