WASHINGTON D.C., Feb. 28, 2016 -- The development of every animal in the history of the world began with a simple step: the fusion of a spermatozoon (the male gamete) with an oocyte, or egg (the female gamete). Despite the ubiquity of this process, the actual mechanisms through which fertilization occurs remain poorly understood. A new tool developed by a team of French biophysicists may soon shed light on this still-mysterious process, and has already captured highly detailed images of what happens when sperm and egg first touch.

Benjamin Ravaux, a physics graduate student at the Ecole Normale Supérieure de Paris, will describe the new technique in a talk at the Biophysical Society's 60th annual meeting, to be held from Feb. 27-March 2, 2016 at the Los Angeles Convention Center in Los Angeles, Calif.

Ravaux and his colleagues work in collaboration with biologists and physicians involved in fertilization and assisted reproduction technologies such as in vitro fertilization (IVF), developing multidisciplinary tools that will help to elucidate fertilization in mammals.

To that end, Ravaux designed a new microfluidics device that allows him to precisely control the membrane location where a sperm cell fuses with an egg. The device consists of a microfluidic chip made from a multilayer silicon polymer sealed on a glass slide; a sperm cell is located in the bottom layer and the egg is positioned in the top, inside an eggcup. At the bottom of the eggcup is a tiny opening, 30 millionths of a meter wide, forming a connection to the chip's lower layer. When added to the lower layer, the sperm cell swims through the opening and adheres to, fuses with, and fertilizes the egg. The chip is compatible with optical imaging technologies such as confocal microscopy, allowing the researchers to obtain high-resolution images and movies of the fertilization process, as it occurs.

"This is a completely new approach," Ravaux said. With the device, the researchers were able to obtain the first images with both high spatial and temporal resolution of the onset of contact between a single sperm and egg, the merger of their membranes, and the engulfment of the sperm by the egg. In addition, they were able to observe the incorporation of sperm DNA inside the cytoplasm of the egg.

"Our approach has the potential to provide new knowledge in a research field that remains largely under-explored because of a lack of adequate technologies. This 'IVF chip' is a unique tool to observe the cascade of molecular and membrane events occurring during the fertilization process," Ravaux said, and under conditions that mimic the natural process. Previous attempts to obtain information on the dynamical activity of the sperm and egg membrane during fertilization involved inseminating an egg with multiple sperm, which leads to "non-physiological" situations where many sperm are simultaneously in contact with the plasma membrane of the egg.

"Combined with biological tools like fluorescent antibodies or genetically modified animals, the IVF chip can offer a new look at the membrane events during the interaction of gametes," Ravaux said. "An enhanced understanding of the molecular and physical mechanisms responsible for fertilization could ultimately lead to better methods to diagnose the causes of infertility, and improved personalized medicine treatments."

The presentation, "Remodeling of Gamete Membrane During Mammalian Fertilization," by Benjamin Ravaux and Christine Gourier will be at 10:00 a.m. PT on Sunday, Feb. 28, 2016 in room 515B of the Los Angeles Convention Center. ABSTRACT: http://tinyurl.com/jqjg7zc

Each year, the Biophysical Society Annual Meeting brings together more than 6,500 researchers working in the multidisciplinary fields representing biophysics. With more than 3,600 poster presentations, over 200 exhibits, and more than 20 symposia, the BPS Annual Meeting is the largest meeting of biophysicists in the world. Despite its size, the meeting retains its small-meeting flavor through its subgroup symposia, platform sessions, social activities and committee programs. The 60th Annual Meeting will be held at the Los Angeles Convention Center.

The Biophysical Society invites professional journalists, freelance science writers and public information officers to attend its Annual Meeting free of charge. For press registration, contact Ellen Weiss EWeiss@biophysics.org or the media line at the American Institute of Physics at media@aip.org or 301-209-3090.

Embargoed press releases describing in detail some of the breakthroughs to be discussed at the meeting are available on Eurekalert, Newswise and Alpha Galileo or by contacting the media line at the American Institute of Physics at media@aip.org or 301-209-3090.

The Biophysical Society, founded in 1958, is a professional, scientific Society established to encourage development and dissemination of knowledge in biophysics. The Society promotes growth in this expanding field through its annual meeting, monthly journal, and committee and outreach activities. Its 9,000 members are located throughout the U.S. and the world, where they teach and conduct research in colleges, universities, laboratories, government agencies, and industry. For more information on the Society, or the 2016 Annual Meeting, visit http://www.biophysics.org 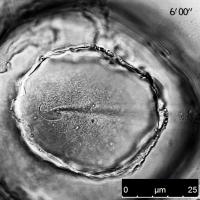 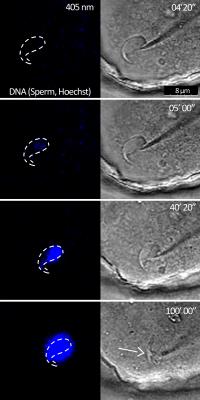