According to new research in rat models, nicotine use over time increases the speed that codeine is converted into morphine within the brain, by increasing the amount of a specific enzyme. It appears smokers' brains are being primed for a bigger buzz from this common pain killer - which could put them at a higher risk for addiction, and possibly even overdose.

"We've known for some time that codeine was metabolized in the liver, but we've now discovered that this is also happening within the brain itself," says University of Toronto pharmacology, toxicology, and psychiatry professor Rachel Tyndale, who is also senior scientist in the Campbell Family Mental Health Research Institute at the Centre for Addiction and Mental Health (CAMH). "Chronic nicotine use, or smoking, increases the amount of an enzyme that converts codeine into morphine within the brain, increasing pain relief. This may also make you more prone to addiction as the faster a drug gives you a high, the easier it is for you to learn the behavior and become addicted."

These findings, published earlier this year in the peer-reviewed journal Neuropsychopharmacology, are part a new way of seeing the brain's role when it comes to drugs and toxins. Instead of a passive target with receptors idly waiting for drugs, Tyndale has found that the brain is actually playing a much more active role than was previously thought. Enzymes in the brain are busy breaking down - or ramping up - the effect of drugs and other substances. Understanding these enzymes - and our genetic variation affecting our brain's metabolism - could help explain why people react differently to drugs and toxins, and even why certain people are more susceptible to complex diseases like Parkinson's.

"This is opening up a whole new area of research and potentially a substantial source of variation between people in their response to drugs and toxins acting on the brain," says Tyndale. "We're starting to see patterns and relationships, like the nicotine and codeine connection. This is also of interest in drug development as we might be able to create drugs that are only activated once they get to the brain."

For this study, Tyndale, and her graduate student Douglas McMillan administered codeine to rats and measured their pain relief and levels of codeine and morphine. One group was given nicotine for seven days prior to the codeine. Another group received propranolol, which is known to inhibit the enzyme and block the activation of codeine. A third group received both nicotine and propranolol and a fourth was given neither, as a control. Tyndale found substantially more morphine and greater pain relief in the rats that had been given nicotine. Those who also received the inhibitor (propranolol) had less morphine in the brain and experienced less pain relief. The group that received the inhibitor and not the nicotine had the lowest levels of both brain morphine and pain relief. Despite this variation within the brain, the levels of morphine in the blood remained around the same for all groups - showing that it was variation in the activity of the enzyme within the brain, and not within the liver, that determined the effect of codeine on pain relief. People with more of this enzyme in their brain, whether due to genetic factors, smoking, vaping or other nicotine use, might be getting more pain relief but could be at greater risk of codeine dependence.

"This work could explain a lot of the mysteries when it comes to why people react so differently to different drugs, even when their blood levels seem to be similar," says Dr. Julia Stingl, a professor of translational pharmacology at the University of Bonn Medical School and a clinical pharmacologist who treats patients with depression and additions. "Understanding the effects of smoking on metabolizing enzymes in the brain could have an extreme impact on clinical practice."

Variation in how people react to drugs has long puzzled clinicians and researchers. For example, certain people do not have any of the enzyme that converts codeine into morphine. For a time health care workers believed these individuals were abusing their medication - continually asking for more - when in fact they were not getting any pain relief.

Tyndale's research into how the brain metabolizes drugs and toxins could expand our understanding of a host of unexplained associations. For example, researchers have found that smokers have a lower risk of developing Parkinson's disease compared to their non-smoking counterparts. Tyndale has found that the same enzyme that converts codeine into morphine - the one increased with nicotine intake - is also able to break down a toxin that causes a Parkinsonian symptom in rats. She's currently doing more research into this link.

Another puzzle is a genetic variation in a different enzyme that, while tied to nicotine addiction, does not alter nicotine levels in the blood. Research in animal models by Tyndale, graduate student Kristine Garcia and U of T pharmacology professor and CAMH senior scientist Anh Dzung Lê - which was also published this year in the journal Neuropsychopharmacology - found that the variation in activity within the brain indeed leads to changes in brain nicotine levels. As seen with humans, those with low levels of this brain enzyme have more active nicotine in their brains and are at greater risk of addiction to nicotine. As it turns out, the same enzyme is at play in converting a common herbicide used in agriculture into its toxic form.

Viewing the brain not just as a passive array of receptors for drugs, but as an active metabolizer, stands to reveal important insights into how we react differently to a range of medications, drugs, toxins and even our susceptibility to certain diseases. Tyndale is currently expanding her research into variation in human brain enzyme activity, using a variety of experimental and imaging approaches.

For more information or to arrange an interview with Professor Tyndale please contact:

Carolyn Morris
Office of Communications, U of T Medicine
416-978-8092
caro.morris@utoronto.ca 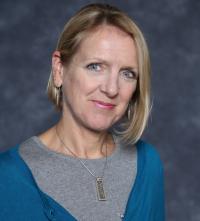