An international team of researchers has used the world's most powerful X-ray laser to take snapshots of free molecules. The research team headed by Prof. Jochen Küpper of the Hamburg Center for Free-Electron Laser Science (CFEL) choreographed a kind of molecular ballet in the X-ray beam. With this work, the researchers have cleared important hurdles on the way to X-ray images of individual molecules, as they explain in the scientific journal Physical Review Letters. CFEL is a cooperation of DESY, the University of Hamburg, and the Max Planck Society.

"We have captured the first images of an ensemble of isolated molecules with an X-ray laser," said DESY scientist Küpper, who is also a professor at the University of Hamburg and a member of the Hamburg Centre for Ultrafast Imaging (CUI) cluster of excellence. "The molecules all posed for the picture in synch." According to Küpper, this approach opens the way for studies of the ultra-fast dynamics of isolated molecules. There are existing techniques to image single molecules, but none of these is fast enough to catch the ultra-fast motion of molecules.

The conventional way to determine the atomic structure of molecules is to "freeze" them in a crystal and illuminate them with bright X-rays. However, many molecules are extremely difficult to crystallise. In particular, this is a problem with many biomolecules. What's more, molecules in a crystal can have different properties than molecules in their free form. And molecular dynamics can only be studied to a very limited extent in the crystalline state. Yet exactly this information is in great demand in chemistry, physics, materials research and life sciences. Researchers are therefore working on methods for taking snapshots of individual free molecules.

"The molecules we are investigating are some of the smallest structures in chemistry and biology and consist of just a handful of atoms," emphasised co-author Dr. Stephan Stern of CFEL. "In order to observe them, you need the most powerful X-ray source on earth, with the shortest exposure time — one ten-trillionth of a second." The researchers therefore used what is currently the most powerful X-ray laser, the Linac Coherent Light Source (LCLS) at the SLAC National Accelerator Laboratory in California. This free electron laser (FEL) generates short-wave X-ray light by using powerful magnets to send fast electrons from a particle accelerator along a tightly defined slalom course.

In every curve, the fast particles emit flashes of light which add up to an intense laser pulse. These X-ray pulses have such a short wavelength that they can make even atomic dimensions visible. They are also so short and so bright that they can be used to freeze the ultra-fast motion of molecules. But not even this bright light is currently capable of making clear images of single molecules. That's why the researchers use a trick to study the molecules — they measure how strongly the X-ray light is scattered by the molecules. The molecular structure can be calculated from this diffraction pattern. The more molecules contribute to the diffraction pattern — for example, in a crystal — the clearer it will be.

Instead of a crystal, Küpper's team illuminated an ensemble of around 100 individual molecules for every single image. However, these molecules must all have the same orientation, so that their diffraction patterns add up and amplify one another. The team took a simple molecule — consisting of a benzene ring with a small nitrile arm of carbon and nitrogen and with two iodine atoms attached, one above and one below. The researchers first sorted the compound — known chemically as di-iodobenzonitrile — using an inhomogeneous electric field, so that only molecules in the same quantum state could wander into the X-ray beam. They then used a special arrangement of lasers to ensure that the particles all took up the same pose for the photo — like the members of a ballet ensemble — so that all of the benzene rings had the two iodine atoms aligned at their top and bottom.

"We sorted the molecules, led them onto the stage, and then got them to pose in synch for the photo," said Stern. "Then we took the picture with an ultra-short flash of incredible brightness. The exposure time was so short that the superfast motion of the molecules was frozen and we were able to capture a sharp image of the tiny structures." In this way, the researchers were able to determine that the distance between the two iodine atoms on the benzene ring was 800 picometres (800 billionths of a millimetre), which is in good agreement with the actual value of 700 picometres known from theory.

The experiments thus point the way to the investigation of extremely high-speed molecular dynamics, in particular at the European X-Ray Laser XFEL, which is currently being constructed from the DESY site in Hamburg's Bahrenfeld district to the neighbouring town of Schenefeld in Schleswig-Holstein. "In future, we will be able to get the molecules to carry out predetermined sequences of movements, like all of them waving their arms", said Küpper. "We will be able to film these movements by repeating the experiment a large number of times, taking the snapshots at slightly different times and putting the resulting pictures together in a film. Just like a super slow-motion shot in a sports event or a documentary, these films will show the exact sequence of movements of the molecules during chemical reactions with a precision and level of detail that have never before been achieved."

Researchers from Germany, Denmark, the Netherlands, Sweden and the USA participated in the study.

Deutsches Elektronen-Synchrotron DESY is the leading German accelerator centre and one of the leading in the world. DESY is a member of the Helmholtz Association and receives its funding from the German Federal Ministry of Education and Research (BMBF) (90 percent) and the German federal states of Hamburg and Brandenburg (10 percent). At its locations in Hamburg andZeuthen near Berlin, DESY develops, builds and operates large particle accelerators, and uses them to investigate the structure of matter. DESY's combination of photon science and particle physics is unique in Europe.

A molecular ballet under the X-ray laser 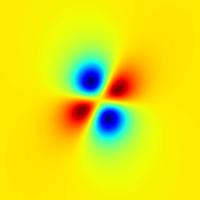