Once green, the Sahara expanded 5,500 years ago, leading ancient herders to follow the rain and grasslands south to eastern Africa. But about 2,000 years ago, their southward migration stalled out, stopped in its tracks, archaeologists presumed, by tsetse-infested bush and disease.

As the theory goes, the tiny tsetse fly altered the course of history, stopping the spread of domesticated animal herding with a bite that carries sleeping sickness and nagana, diseases often fatal for the herder and the herded.

Now, isotopic research on animal remains from a nearly 2,000-year-old settlement near Gogo Falls in the present-day bushy woodlands of southern Kenya has cast doubt on these longstanding ideas.

"It reveals that the vegetation east of Lake Victoria was then much different than it is today and that ancient grassy environments may have provided an important corridor for herders moving into southern Africa," she said.

Dense wooded bushlands of south-central Africa and the tsetse fly that thrive in them, could have presented a serious disease threat and barrier for early pastoral peoples, preventing them from moving their cattle, sheep and goat herds much further south than the grass-woodland transition zone east of Lake Victoria.

But this study, to be published March 9 in Proceedings of the National Academies of Science (PNAS), shows that both domestic and wild herbivores living in this region at the time of the Gogo Falls settlement had diets consisting primarily of grassland vegetation -- a fact that makes it unlikely the region was then plagued by bush-loving tsetse flies.

Marshall is the James W. and Jean L. Davis Professor in Arts & Sciences and a noted authority on the cultural history of animal domestication.

She wrote the PNAS paper with lead author Kendra L. Chritz, an isotope geochemist, paleoecologist and biology doctoral student at the University of Utah. .

Chritz and colleagues at the University of Utah in Salt Lake City and Ross University in Miramar, Florida, conducted stable isotope analyses on samples of tooth enamel taken from ancient animal remains recovered by archaeologist Peter Robertshaw during 1983 excavation at the Gogo Falls site, which is situated along the Kuja River in southern Kenya.

Since grassland and woodland vegetation leave unique and different isotopic signatures in the teeth of animals that consume them, the research team was able to confirm that the region was surrounded by extensive grasslands at the time of the Gogo Falls settlement.

Inhabited by pastoral Neolithic Elmenteitan herders between 1,600 and 1,900 years ago, the Gogo Falls settlement is considered somewhat unique in that residents enjoyed a diverse diet that included domesticated cattle, goats and sheep, as well as an array of wild mammalian herbivores, fish and birds.

In the past, archaeologists argued that the settlement's reliance on both domestic and wild food sources was a symptom of the strain that tsetse fly infestations must have placed on domestic livestock herds, forcing herders to resort to the seasonal hunting and gathering of wild foods to compensate for herd losses.

By showing that tsetse flies likely were not a problem during the time of the Gogo Falls settlement, this new study suggests that the use of both domestic and wild food sources may have been more of a choice than a necessity.

"Instead of this ecological explanation, our isotopic findings support the notion that herders may simply have interacted with hunter-gatherer groups already living in these areas, adapting to their foraging styles. This suggests that social factors may have played a greater role than previously thought in subsistence diversity during the spread of pastoralism in Eastern Africa."

Marshall and colleagues argue that the high levels of hunting at Gogo Falls are signs of what must have been close, long-term frontier interactions between pastoralists and hunter-gatherers. The data raise interesting questions about the interplay among herders, environmental management and adaptation, and ecological drivers for grassland maintenance.

While more research is necessary, abundant grassy vegetation in this region may have been a result of changes in seasonal rainfall or other factors, such as heavy grazing by domesticated or large wild herbivores like elephant or giraffe. Burning promotes new grass and may have maintained grasslands if herders were regularly burning savanna for livestock, as is a common practice in modern eastern Africa, researchers suggest.

"Given such complex environmental interactions in African grasslands today, the question arises whether ancient herders in the Lake Victoria basin helped create grasslands through grazing and fire, or whether they were created and maintained by other ecological and climatological factors," researchers conclude.

One of the more intriguing possibilities raised by these findings, Marshall suggests, is that the Lake Victoria basin may have been the setting for grassy corridors through which the migration of pastoralists occurred out of eastern Africa and toward southern Africa.

While archaeologists have had difficulty locating on-the-ground evidence of these early pastoral migrations, recent genetic analyses of the modern descendants of southern Africa peoples produced evidence of an early mutation for lactase persistence.

The mutation has evolved in some human populations as an adaptation to the consumption of non-human milk and dairy products beyond infancy, and populations without the mutation have a high probability of being lactose intolerant.

Genetic evidence of the mutation occurring thousands of years ago among peoples in southern Africa suggests that herders had made some inroads in these regions much earlier than previously estimated -- a finding that this PNAS study also supports, Marshall said.

"Herding was the earliest form of African food production and it transformed the lives of local populations of people and animals," Marshall said.

"The research offers new insight into the role that tsetse flies and bushy environments played in depressing livestock production and human disease, suggesting that grassland distributions in the Lake Victoria basin were not similar those of today and that barriers to the southward spread of pastoralism fluctuated more than previously thought.

"From a broader perspective, the findings expand our understanding of factors that have influenced and contributed to the distribution of modern populations."

Other University of Utah co-authors include M. Esperanza Zagal, a student researcher in chemistry and anthropology; and Thure E. Cerling, PhD, Distinguished Professor of Geology and Geophysics and of Biology. Co-author Francis Kirera, PhD, is an assistant professor in the Department of Anatomy at Ross University School of Medicine. 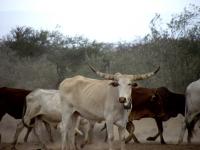 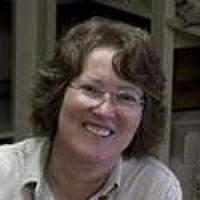