WALNUT CREEK, CA—On the long and difficult road toward a carbon-neutral source of transportation fuels, the U.S. Department of Energy (DOE) is pursuing a diversified approach. This effort involves exploring a range of potential new fuel sources in nature: from plants that may serve as cellulosic feedstocks—fast-growing trees and perennial grasses on land—to oil-producing organisms in aquatic and other environments, such as algae and bacteria.

One contribution that may inform biofuels research is reported in the July 9 issue of Science (http://bit.ly/aSGJc3), where researchers led by the DOE Joint Genome Institute (JGI) and the Salk Institute present the 138 million nucleotide genome of Volvox carteri, a multicellular alga that captures light energy through photosynthesis. The DOE is supporting research into the complex mechanisms present in photosynthetic organisms to better understand how they convert sunlight to energy and how photosynthetic cells control their metabolic processes so that this information can inform the production of renewable biofuels.

In the Science paper, the Volvox genome was compared with that of the unicellular alga and close relative Chlamydomonas reinhardtii, whose genome was made available three years ago by the DOE JGI. A major value of the Volvox sequence is as a comparison to that of Chlamydomonas, an alga extensively used for research on potential algal biofuel generation. Both algae belong to the Volvocales family, and researchers are using the comparative data to study both the ways photosynthetic mechanisms are used and the evolution of multicellular organisms. Unlike Chlamydomonas, Volvox contains two cell types, a small minority of reproductive germ cells and a large majority of non-reproductive somatic cells. The germ cells can divide to form new colonies, while the somatic cells provide motility and secrete an extracellular matrix that expands the organism. This division of labor enables Volvox to grow larger and swim faster than Chlamydomonas, thus helping it to escape predation and gain access to nutrients deeper in the water column.

"What's particularly intriguing about Volvox is that it has learned how to selectively turn down photosynthesis or channel it to support another cell type," said DOE JGI collaborator and co-first author Jim Umen at the Salk Institute. "While we don't yet understand this trait well, it could factor into how photosynthetic organisms can be engineered to do what we want, such as make biofuels or other products, rather than what they typically do, which is grow and make more of themselves."

"The fundamental developmental biology interest in studying the Volvocine algae is that a single cell ancestor has evolved multicellularity and complicated cellular processes in a short evolutionary period," explained DOE JGI bioinformaticist and co-first author Simon Prochnik. What the team found, he said, is "an astonishing lack of innovation" in the Volvox genome when compared with Chlamydomonas, particularly given their completely different morphologies. "The notion that 'if you're small, you're simple' is starting to unravel. The more unicellular organisms we sequence, the more we see this."

Analysis revealed there were approximately 1,800 protein families unique to Volvox and Chlamydomonas. These families likely have served as a rich source of genetic material for generating the developmental and morphological changes in the multicellular species, particularly as some of the families contain proteins known to be associated with multicellularity. How they are used differently in Volvox versus Chlamydomonas, despite being shared, is a question for future research. "The Volvox genome adds immense value to the Chlamydomonas genome project, and to a refined understanding of morphological evolution and protein innovation. Now we need to sit down and investigate the functions of these genes," said Umen.

Prochnik points to both Volvox and Chlamydomonas as experimentally tractable model organisms where the information will be widely used, even by researchers who are not necessarily interested in Volvox biology. "Having the Volvox genome is a fantastic resource for directing further research towards our target areas of interest. With this pair of algal genomes in hand enables us to conduct much more detailed comparisons than would be possible if we only had one species."

David Kirk, professor emeritus at Washington University of St. Louis and a co-author of the publication, predicted that the community working on Volvox will grow significantly over the next five years due to the availability of the genome.

"The work that I've been interested in all my life, which is understanding the origin of multicellularity in this group, has only just begun with the sequence of the genome," said Kirk, considered the grandfather of Volvox biology and a staunch advocate for using the alga to study multicellularity. "Now the answers are going to be much more readily accessible. I sort of wish I had been born later so I could participate, but I'm going to be on the sidelines cheering." 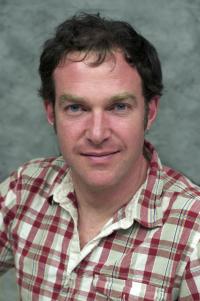