In January 2013 a Swedish arm amputee was the first person in the world to receive a prosthesis with a direct connection to bone, nerves and muscles. An article about this achievement and its long-term stability will now be published in the Science Translational Medicine journal.

"Going beyond the lab to allow the patient to face real-world challenges is the main contribution of this work," says Max Ortiz Catalan, research scientist at Chalmers University of Technology and leading author of the publication.

"We have used osseointegration to create a long-term stable fusion between man and machine, where we have integrated them at different levels. The artificial arm is directly attached to the skeleton, thus providing mechanical stability. Then the human's biological control system, that is nerves and muscles, is also interfaced to the machine's control system via neuromuscular electrodes. This creates an intimate union between the body and the machine; between biology and mechatronics."

The direct skeletal attachment is created by what is known as osseointegration, a technology in limb prostheses pioneered by associate professor Rickard Brånemark and his colleagues at Sahlgrenska University Hospital. Rickard Brånemark led the surgical implantation and collaborated closely with Max Ortiz Catalan and Professor Bo Håkansson at Chalmers University of Technology on this project.

The patient's arm was amputated over ten years ago. Before the surgery, his prosthesis was controlled via electrodes placed over the skin. Robotic prostheses can be very advanced, but such a control system makes them unreliable and limits their functionality, and patients commonly reject them as a result.

Now, the patient has been given a control system that is directly connected to his own. He has a physically challenging job as a truck driver in northern Sweden, and since the surgery he has experienced that he can cope with all the situations he faces; everything from clamping his trailer load and operating machinery, to unpacking eggs and tying his children's skates, regardless of the environmental conditions (read more about the benefits of the new technology below).

The patient is also one of the first in the world to take part in an effort to achieve long-term sensation via the prosthesis. Because the implant is a bidirectional interface, it can also be used to send signals in the opposite direction – from the prosthetic arm to the brain. This is the researchers' next step, to clinically implement their findings on sensory feedback.

"Reliable communication between the prosthesis and the body has been the missing link for the clinical implementation of neural control and sensory feedback, and this is now in place," says Max Ortiz Catalan. "So far we have shown that the patient has a long-term stable ability to perceive touch in different locations in the missing hand. Intuitive sensory feedback and control are crucial for interacting with the environment, for example to reliably hold an object despite disturbances or uncertainty. Today, no patient walks around with a prosthesis that provides such information, but we are working towards changing that in the very short term."

The researchers plan to treat more patients with the novel technology later this year.

"We see this technology as an important step towards more natural control of artificial limbs," says Max Ortiz Catalan. "It is the missing link for allowing sophisticated neural interfaces to control sophisticated prostheses. So far, this has only been possible in short experiments within controlled environments."

The study "An osseointegrated human-machine gateway for long-term sensory feedback and motor control of artificial limbs" will be published by Science Translational Medicine on Wednesday, 8 October. It will be published at: http://stm.sciencemag.org/lookup/doi/10.1126/scitranslmed.3008933

More about: How the technology works

The new technology is based on the OPRA treatment (osseointegrated prosthesis for the rehabilitation of amputees), where a titanium implant is surgically inserted into the bone and becomes fixated to it by a process known as osseointegration (Osseo = bone). A percutaneous component (abutment) is then attached to the titanium implant to serve as a metallic bone extension, where the prosthesis is then fixated. Electrodes are implanted in nerves and muscles as the interfaces to the biological control system. These electrodes record signals which are transmitted via the osseointegrated implant to the prostheses, where the signals are finally decoded and translated into motions.

More about: Benefits of the new technology, compared to socket prostheses

Implanting electrodes in nerves and muscles means that:

More about: The research

The novel osseointegrated system for prosthetic control and sensory feedback was developed in close collaboration between Chalmers University of Technology, Sahlgrenska University Hospital, the University of Gothenburg, and Integrum. The research was funded by Vinnova, Integrum, ALF (Region Västra Götaland), Conacyt, and Promobilia.

Hundreds of patients worldwide have been treated with the osseointegrated limb prostheses (OPRA) developed by Assoc. Prof. Rickard Brånemark and colleagues at Sahlgrenska University Hospital. In close collaboration with Rickard Brånemark and Chalmers Prof. Bo Håkansson, Max Ortiz Catalan has dedicated his PhD to take this technology one step further to include control. This involved further development of the osseointegrated implant and neuromuscular electrodes, decoding algorithms for motion prediction, and acquisition and processing electronics. All this is part of ongoing research to improve the functionality of artificial limbs, and ultimately improve the quality of life for patients who have lost their extremities. 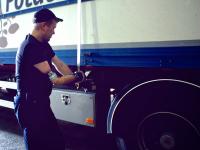