University of Guelph researchers have unravelled some of the inner workings of slime produced by one of nature's most bizarre creatures – hagfish.

They've learned how the super-strong and mega-long protein threads secreted by the eel-like animals are organized at the cellular level. Their research was published today in the science journal Nature Communications.

Besides satisfying scientific curiosity, the discovery also provides valuable insights into the quest to produce synthetic versions of hagfish threads for commercial use.

"What we are doing is biomimicry, imitating and getting inspiration from nature to help solve complex human problems," Fudge said.

"We know that hagfish slime has incredible, interesting properties -- we just don't know how it's achieved. We do know that it's a complex process, and the final product is a super fibre that is almost as strong as spider silk. We need to figure out how the cells make these fibres that are so special."

Hagfishes are an ancient group of bottom-dwelling creatures that have remained relatively unchanged for more than 300 million years. When threatened, they secrete a gelatinous slime containing mucus and tens of thousands of protein threads coiled like skeins of yarn.

The threads are incredibly strong and extremely long, and can uncoil rapidly without tangling. "It's pretty amazing, considering that one of these threads is the equivalent of a rope that is one centimetre in diameter and 1.5 kilometres long," Fudge said.

"How do you coil a rope that long in such a way that it doesn't tangle when it unravels?"

The protein threads could be spun and woven into novel biomaterials, which could provide a sustainable alternative to synthetic fibres such as Nylon, which are made from petroleum feedstocks.

Stretched enough, the protein molecules snap into different arrangements, becoming stronger and tougher, and more akin to spider dragline silks and high performance synthetics like Kevlar, Fudge said. That suggests more applications, including anything from bullet-proof vests to ropes or artificial tendons.

Scientists hope to duplicate the thread-making process, but so far, synthetic versions have proven inferior to natural slime threads.

"If we have any chance of making these things artificially, we have to know how the hagfishes produce these threads inside of their cells," Fudge said.

"We decided to figure out how the thread is organized first, because it may give us clues as to how the cells make it."

Fudge and Guelph researchers Timothy Winegard, Julia Herr and Mark Bernards teamed up with neuro-imaging specialists from universities in California and Michigan. They examined the pattern of slime thread coiling within developing cells using light and electron microscopy and 3D imaging and modelling.

"For the first time, we had the technology to study the morphology and structure of the threads in the cells," Fudge said.

They found that the 15-centimetre-long protein threads are arranged in "skeins" of 15 to 20 conical layers of loops.

Changes in nuclear morphology, size and position explain how the threads are coiled in cells, and the threads change in length and width as cells mature. The next step is to unravel the biochemical and biophysical mechanism behind those changes. "This study provided information about how the thread coils and fills the cells as it grows," Fudge said.

"And these results led us to some very strong clues about how the threads are actually made, and figuring that out is the ultimate goal." 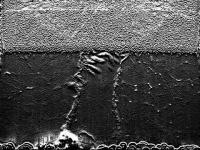