You might want to make curcumin part of your daily diet.

This active ingredient of the Indian curry spice, turmeric, not only lowers your chances of getting cancer and Alzheimer's disease, but may reduce the size of a hemorrhagic stroke, say Medical College of Georgia researchers.

Patients with this type of stroke are often treated for symptoms – such as headache and nausea – with medications, but not the stroke itself. Invasive surgery to remove the clot is usually needed, but some patients may not be good candidates, says Mr. McCracken. About 17 percent of strokes are hemorrhagic, according to the American Stroke Association, and usually occur in people with high blood pressure.

"We found that curcumin significantly decreases the size of a blood clot, but we're not sure why it happens," says the Alpharetta native. He thinks it may be because curcumin is a potent anti-inflammatory and antioxidant. For the study, he dissolved the yellow powder, which gives turmeric its color, in corn oil and injected it into the abdomen of an animal model of hemorrhagic stroke three times over three hours. He suspects less may work and is trying to establish the optimal dose and timing.

Timing is critical for patients who often don't know they have had a stroke and may not be seen by a physician for several hours. "Usually, patients can experience other symptoms like seizures, vision or cognitive problems, so they come to the (emergency room) fairly quickly under most circumstances," says Dr. Dhandapani. "Many patients also arrive due to head trauma and are seen within an hour or so. However, treating these injuries, even after an hour, can be tricky."

Patients likely will need to get curcumin intravenously. The researchers believe it may also help prevent strokes; they intend to pursue this line of study with the idea of also making it available in a concentrated tablet form for those at-risk.

Mr. McCracken has worked on this project since May as part of the School of Medicine Dean's Summer Research Fellowship, which enables rising sophomore students to design and participate in cutting-edge basic and/or clinical research. He is among 25 students who presented their findings today from noon to 1 p.m. in the lobby of the Carl T. Sanders Research and Education Building. School of Medicine Dean D. Douglas Miller recognized students for their work and talked about the importance and role of research.

Mr. McCracken will continue his research through the year. "I like the research, and I think it's good preparation for residency," he says. He hopes to pursue a neurosurgery residency after graduation.

A graduate of the University of Georgia, where he received biochemistry and microbiology degrees, it was a high school football injury that inspired Mr. McCracken to pursue medicine.

"I snapped my ankle, and when I met the orthopedic surgeon, I thought he was so nice and interesting," says Mr. McCracken. "And then, for an anatomy class, we had to interview someone in science or health care, and I chose my surgeon. He let me shadow him, and I thought it was the best thing in the world."

"I think it's interesting and challenging," he says. "I've seen patients come in who have terrible tumors or hemorrhages, and neurosurgeons can change their life in a matter of hours. Patients come in expecting three months to live, and surgeons give them years to live. It's amazing." 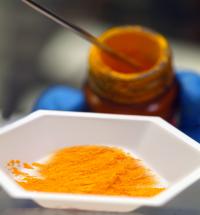