INDIANAPOLIS -- Whether the adverse cognitive effects of medications can be reversed is of significant importance to an aging population, their caregivers and their families, as well as to an overburdened health care system.

In a commentary in JAMA Internal Medicine, Noll Campbell, Pharm.D., and Malaz Boustani, M.D., MPH, of the Regenstrief Institute and the Indiana University Center for Aging Research, probe the possibility of reversing the adverse cognitive effects of medications frequently prescribed to older adults for chronic conditions including depression, anxiety and incontinence and sold over the counter as allergy and sleep aids.

It is not unusual for older adults to take two, three or more drugs that have a negative impact on their brain function. Over the past decade, Drs. Boustani and Campbell and colleagues have conducted several studies that have found associations between exposure to anticholinergic medications, which block acetylcholine, a nervous system neurotransmitter, and the clinical diagnosis of mild cognitive impairment or dementia. Low levels of acetylcholine have long been implicated in patients with dementia.

In "Adverse Cognitive Effects of Medications: Turning Attention to Reversibility" published in the Jan. 26, 2015, issue of JAMA Internal Medicine, Drs. Campbell and Boustani call for further research to determine whether cognitive impairment caused by the adverse effects of medications can be reversed and to establish the safety risks of discontinuing these medications.

Their commentary accompanies a 10-year observational study by Shelly Gray, Pharm.D., M.S., of the University of Washington and colleagues that reports a higher risk of dementia with increasing dose and duration of exposure to medications with strong anticholinergic activities.

"While the Gray study suggests that adverse cognitive effects of medications were permanent, this may represent the use of dementia as the outcome -- a non-reversible condition -- rather than a diagnosis of mild cognitive impairment which may be reversible in some older adults. Our previous studies have shown a stronger association of these harmful medications with the diagnosis of mild cognitive impairment than with dementia," Dr. Campbell said.

"We also differed in populations studied. The Gray study was 91 percent Caucasian, and 66 percent were college educated. Fewer than half had hypertension, and only 8 percent were diabetic. Our study subjects were 60 percent African-American, and nearly all subjects were treated for hypertension, and 3 in 10 had a history of stroke. Higher rates of comorbid disease may explain some of the differences between these studies."

According to the Alzheimer's Association, 5 million people with dementia lived in the United States in 2013, accounting for an estimated $214 billion in care costs. With the growth of the aging population, the association estimates that the number of older adults with dementia will be approximately 16 million by 2050, with $1.2 trillion expected in costs of care.

"While the scientific community is actively engaged in the quest, no drugs currently exist to prevent Alzheimer's disease and other dementing disorders. However, our Indiana University and Regenstrief Institute group has focused on stopping cognitively harmful medications as a safe and cost-effective Alzheimer's disease prevention," said Dr. Boustani, who directs the Eskenazi Health Center Healthy Aging Brain Center.

Currently, he and Dr. Campbell are seeking funding to conduct a randomized controlled trial to determine the safety of discontinuing such medications as well as the reversibility of the adverse cognitive effect. 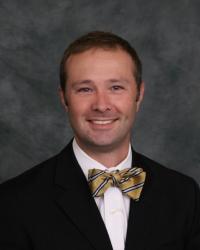