Everyone has experienced the awkward situation of meeting someone and then forgetting their name shortly after. Among older adults, this happens more often than not.

Baycrest researchers have discovered a new method to resolve this problem by tapping into a natural memory change during aging. Their work, which was recently published in the journal, Psychology and Aging, could be incorporated into a smartphone application as an accessible memory training tool.

"Among the memory difficulties that people report as they age, having trouble remembering people's names can be upsetting and stressful in social situations," says Dr. Renee Biss, a former postdoctoral fellow at Baycrest's Neuropsychology and Cognitive Health program who conducted the study. "To avoid this potential embarrassment, an older adult may withdraw from socializing which can negatively affect their brain health."

Previous Baycrest studies have demonstrated that older adults unknowingly pick up information from their surroundings, which is linked to their brains becoming less efficient at ignoring distraction, but young adults don't have the same tendency

"This strategy harnessed a natural change that occurs as we get older and used it to boost memory for information that is meaningful to older adults," says Dr. Kelly Murphy, senior author on the study, a clinical neuropsychologist at Baycrest and a psychology professor at the University of Toronto.

During the study, a group of 57 younger and older adults (between the ages of 17 to 23 and 60 to 86) were shown the faces and names of 24 different people and were tested on their memory right after. Participants were then presented another series of faces with text on their foreheads, but this time they were told to ignore the written information and push a button when they saw the same face appear twice in a row. Some of the same faces and names from the first task were shown again. Upon completion, everyone was tested on their memory for a second time.

Based on the results, older adults had better accuracy for the faces and names shown twice during both tasks, despite being told to ignore the text. When the name was shown as a distraction the second time, older adults used this to spontaneously rehearse the information learned previously. Younger adults did not see the same improvements, which is consistent with prior research.

"Our findings show that this method could be used as an effective memory strategy to help older adults remember the names of people they meet," says Dr. Lynn Hasher, second senior investigator on the study, a senior scientist at Baycrest's Rotman Research Institute and a psychology professor at the University of Toronto. "Through our work, we could develop more successful interventions for this population because it builds on their natural processing abilities rather than trying to use skills employed by younger adults." Over the years, Dr. Hasher's lab has been involved in numerous discoveries demonstrating that older adults could use distraction to help them learn.

Based on this research, they aim to create a training program that could help older adults learn the faces and names of people they meet and help them feel more comfortable with new social interactions. As a next step, the team is exploring whether older adults who have mild cognitive impairment (a condition that is likely to develop into Alzheimer's) could benefit from this strategy.

This work could have greater potential beyond boosting memory for faces and names. Since older adults have a harder time remembering relationships between unrelated items, with further testing these tools could improve this type of memory, says Dr. Biss.

This research was supported by the Alzheimer Society of Canada, the Canadian Institutes of Health Research, the Natural Sciences and Engineering Research Council of Canada and the Morris Goldenberg Research Endowment.

Other Baycrest collaborators include Drs. Gillian Rowe and Jennifer Weeks. 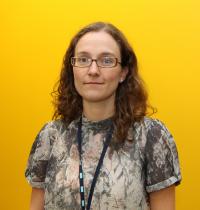