A global analysis reveals for the first time that across almost all tree species, fast growing trees have shorter lifespans. This international study further calls into question predictions that greater tree growth means greater carbon storage in forests in the long term.

Currently, forests absorb large amounts of carbon dioxide (CO2) from the atmosphere. This is thought to be due to higher temperatures and abundant CO2 stimulating growth in trees, allowing them to absorb more CO2 as they grow.

Most earth system models predict that this growth stimulation will continue to cause a net carbon uptake of forests this century. But, the study, led by the University of Leeds and published today in Nature Communications, casts doubts on these predictions.

The international study is the largest to date looking at the relationship between tree growth and tree lifespan. The researchers examined more than 200 thousand tree-ring records from 82 tree species from sites across the globe.

It confirms that accelerated growth results in shorter tree lifespans, and that growth-lifespan trade-offs are indeed near universal, occurring across almost all tree species and climates. This suggests that increases in forest carbon stocks may be short lived.

Lead author of the study, Dr Roel Brienen from the School of Geography at Leeds, said: "While it has been known for a long time that fast-growing trees live shorter, so far this was only shown for a few species and at a few sites.

"We started a global analysis and were surprised to find that these trade-offs are incredibly common. It occurred in almost all species we looked at, including tropical trees.

"Our modelling results suggest there is likely to be a time lag before we see the worst of the potential loss of carbon stocks from increases in tree mortality. They estimate that global increases in tree death don't kick in until after sites show accelerated growth.

"This is consistent with observations of increased tree death trends across the globe. For example, previous Leeds research has shown long-term increases in tree mortality rates lagging behind tree growth increases in the Amazon forest."

Co-author Prof Manuel Gloor, also from the School of Geography, said: "Earth system models often do not, or cannot by design, take into account this negative feedback, and model projections of the global forest carbon sink persistence are thus likely inaccurate and too optimistic. Our findings imply that a much reduced future forest carbon sink further increases the urgency to curb greenhouse emissions."

The trade-off may be due to environmental variables affecting tree growth and lifespan. For example, co-author, Dr Alfredo Di Filippo from Tuscia University, Italy previously reported that lifespan of beech trees in the Northern Hemisphere decreases by roughly 30 years for each degree of warming.

The current analysis confirms that, across biomes, reductions in lifespan are not due directly to temperature per se, but are a result of faster growth at warmer temperatures.

Their findings suggests that a prominent cause of the widespread occurrence of a growth lifespan trade-off is that chances of dying increase dramatically as trees reach their maximum potential tree size.

Nonetheless, other factors may still play a role as well. For example, trees that grow fast may invest less in defences against diseases or insect attacks, and may make wood of lower density or with water transport systems more vulnerable to drought.

Study co-author Dr Steve Voelker, from the Department of Environmental and Forest Biology, Syracuse, New York, said: "Our findings, very much like the story of the tortoise and the hare, indicate that there are traits within the fastest growing trees that make them vulnerable, whereas slower growing trees have traits that allow them to persist.

"Our society has benefitted in recent decades from the ability of forests to increasingly store carbon and reduce the rate at which CO2 has accumulated in our atmosphere. However, carbon uptake rates of forests are likely to be on the wane as slow-growing and persistent trees are supplanted by fast-growing but vulnerable trees."

Link to images bank (captions and credits included): https://drive.google.com/drive/folders/1vEdJKnV3Ttz5WI98I-hSLSCr5MuA7Aby?usp=sharing Credit MUST be given for images used 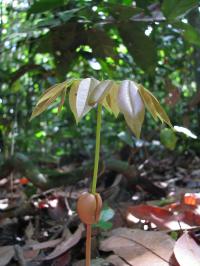 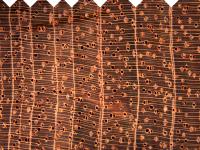