A big step in the development of next-generation fuel cells and water-alkali electrolyzers has been achieved with the discovery of a new class of bimetallic nanocatalysts that are an order of magnitude higher in activity than the target set by the U.S. Department of Energy (DOE) for 2017. The new catalysts, hollow polyhedral nanoframes of platinum and nickel, feature a three-dimensional catalytic surface activity that makes them significantly more efficient and far less expensive than the best platinum catalysts used in today's fuel cells and alkaline electrolyzers. This research was a collaborative effort between DOE's Lawrence Berkeley National Laboratory (Berkeley Lab) and Argonne National Laboratory (ANL).

"We report the synthesis of a highly active and durable class of electrocatalysts by exploiting the structural evolution of platinum/nickel bimetallic nanocrystals," says Peidong Yang, a chemist with Berkeley Lab's Materials Sciences Division, who led the discovery of these new catalysts. "Our catalysts feature a unique hollow nanoframe structure with three-dimensional platinum-rich surfaces accessible for catalytic reactions. By greatly reducing the amount of platinum needed for oxygen reduction and hydrogen evolution reactions, our new class of nanocatalysts should lead to the design of next-generation catalysts with greatly reduced cost but significantly enhanced activities."

Yang, who also holds appointments with the University of California (UC) Berkeley and the Kavli Energy NanoSciences Institute at Berkeley, is one of the corresponding authors of a paper in Science that describes this research. The paper is titled "Highly Crystalline Multimetallic Nanoframes with Three-Dimensional Electrocatalytic Surfaces." The other corresponding author is Vojislav Stamenkovic, a chemist with ANL's Materials Science Division, who led the testing of this new class of electrocatalysts.

Fuel cells and electrolyzers can help meet the ever-increasing demands for electrical power while substantially reducing the emission of carbon and other atmospheric pollutants. These technologies are based on either the oxygen reduction reaction (fuel cells), or the hydrogen evolution reaction (electrolyzers). Currently, the best electrocatalyst for both reactions consists of platinum nanoparticles dispersed on carbon. Though quite effective, the high cost and limited availability of platinum makes large-scale use of this approach a major challenge for both stationary and portable electrochemical applications.

"Intense research efforts have been focused on developing high-performance electrocatalysts with minimal precious metal content and cost," Yang says. "In an earlier study, the ANL scientists showed that forming a nano-segregated platinum skin over a bulk single-crystal platinum/nickel alloy enhances catalytic activity but the materials cannot be easily integrated into electrochemical devices. We needed to be able to reproduce the outstanding catalytic performance of these materials in nanoparticulates that offered high surface areas."

Yang and his colleagues at Berkeley accomplished this by transforming solid polyhedral bimetallic nanoparticles of platinum and nickel into hollow nanoframes. The solid polyhedral nanoparticles are synthesized in the reagent oleylamine, then soaked in a solvent, such as hexane or chloroform, for either two weeks at room temperature, or for 12 hours at 120 degrees Celsius. The solvent, with its dissolved oxygen, causes a natural interior erosion to take place that results in a hollow dodecahedron nanoframe. Annealing these dodecahedron nanoframes in argon gas creates a platinum skin on the nanoframe surfaces.

"In contrast to other synthesis procedures for hollow nanostructures that involve corrosion induced by harsh oxidizing agents or applied potential, our method proceeds spontaneously in air," Yang says. "The open structure of our platinum/nickel nanoframes addresses some of the major design criteria for advanced nanoscale electrocatalysts, including, high surface-to-volume ratio, 3-D surface molecular accessibility, and significantly reduced precious metal utilization."

In electrocatalytic performance tests at ANL, the platinum/nickel nanoframes when encapsulated in an ionic liquid exhibited a 36-fold enhancement in mass activity and 22-fold enhancement in specific activity compared with platinum nanoparticles dispersed on carbon for the oxygen reduction reaction. These nanoframe electrocatalysts, modified by electrochemically deposited nickel hydroxide, were also tested for the hydrogen evolution reaction and showed that catalytic activity was enhanced by an order-of-magnitude over platinum/carbon catalysts.

"Our results demonstrate the beneficial effects of the hollow nanoframe's open architecture and surface compositional profile," Yang says. "Our technique for making these hollow nanoframes can be readily applied to other multimetallic electrocatalysts or gas phase catalysts. I am quite optimistic about its commercial viability."

Argonne National Laboratory seeks solutions to pressing national problems in science and technology. The nation's first national laboratory, Argonne conducts leading-edge basic and applied scientific research in virtually every scientific discipline. Argonne researchers work closely with researchers from hundreds of companies, universities, and federal, state and municipal agencies to help them solve their specific problems, advance America's scientific leadership and prepare the nation for a better future. With employees from more than 60 nations, Argonne is managed by UChicago Argonne, LLC for the U.S. Department of Energy's Office of Science. For more visit http://www.anl.gov 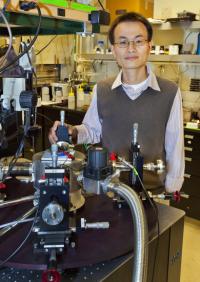 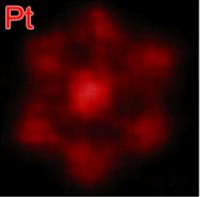