Stanley Miller gained fame with his 1953 experiment showing the synthesis of organic compounds thought to be important in setting the origin of life in motion. Five years later, he produced samples from a similar experiment, shelved them and, as far as friends and colleagues know, never returned to them in his lifetime.

More 50 years later, Jeffrey Bada, Miller's former student and a current Scripps Institution of Oceanography, UC San Diego professor of marine chemistry, discovered the samples in Miller's laboratory material and made a discovery that represents a potential breakthrough in the search for the processes that created Earth's first life forms.

Former Scripps undergraduate student Eric Parker, Bada and colleagues report on their reanalysis of the samples in the March 21 issue of Proceedings of the National Academy of Sciences. Miller's 1958 experiment in which the gas hydrogen sulfide was added to a mix of gases believed to be present in the atmosphere of early Earth resulted in the synthesis of sulfur amino acids as well as other amino acids. The analysis by Bada's lab using techniques not available to Miller suggests that a diversity of organic compounds existed on early planet Earth to an extent scientists had not previously realized.

"Much to our surprise the yield of amino acids is a lot richer than any experiment (Miller) had ever conducted," said Bada.

The new findings support the case that volcanoes — a major source of atmospheric hydrogen sulfide today — accompanied by lightning converted simple gases into a wide array of amino acids, which are were in turn available for assembly into early proteins.

Bada also found that the amino acids produced in Miller's experiment with hydrogen sulfide are similar to those found in meteorites. This supports a widely-held hypothesis that processes such as the ones in the laboratory experiments provide a model of how organic material needed for the origin of life are likely widespread in the universe and thus may provide the extraterrestrial seeds of life elsewhere.

Successful creation of the sulfur-rich amino acids would take place in the labs of several researchers, including Miller himself, but not until the 1970s.

Miller's initial experiments in the 1950s with colleague Harold Urey used a mixture of gases such as methane, ammonia, water vapor and hydrogen and electrically charged them as lightning would. The experiment, which took place in a closed chamber meant to simulate conditions on early Earth, generated several simple amino acids and other organic compounds in what became known as "primordial soup."

With the gases and electrical energy they produce, many geoscientists believe the volcanoes on a young planet covered much more extensively by water than today's served as oases of raw materials that allowed prebiotic matter to accumulate in sufficient quantities to assemble into more complex material and eventually into primitive life itself. Bada had already begun reanalyzing Miller's preserved samples and drawing conclusions about the role of volcanoes in sparking early life when he came across the previously unknown samples. In a 2008 analysis of samples left from Miller's more famous experiment, Bada's team had been able to detect many more amino acids than his former mentor had thanks to modern techniques unavailable to Miller.

Miller, who became a chemistry professor at UCSD in 1960, conducted the experiments while a faculty member at Columbia University. He had collected and catalogued samples from the hydrogen sulfide mix but never analyzed them. He only casually mentioned their existence late in his life and the importance of the samples was only realized shortly before his death in 2007, Bada said. It turned out, however, that his 1958 mix more closely resembled what geoscientists now consider early Earth conditions than did the gases in his more famous previous experiment.

"This really not only enhances our 2008 study but goes further to show the diversity of compounds that can be produced with a certain gas mixture," Bada said.

The Bada lab is gearing up to repeat Miller's classic experiments later this year. With modern equipment including a miniaturized microwave spark apparatus, experiments that took the elder researcher weeks to carry out could be completed in a day, Bada said.

Scripps Institution of Oceanography at University of California, San Diego, is one of the oldest, largest and most important centers for global science research and education in the world. Now in its second century of discovery, the scientific scope of the institution has grown to include biological, physical, chemical, geological, geophysical and atmospheric studies of the earth as a system. Hundreds of research programs covering a wide range of scientific areas are under way today in 65 countries. The institution has a staff of about 1,400, and annual expenditures of approximately $170 million from federal, state and private sources. Scripps operates robotic networks, and one of the largest U.S. academic fleets with four oceanographic research ships and one research platform for worldwide exploration. Learn more at scripps.ucsd.edu.

Fifty years ago, the founders of the University of California, San Diego, had one criterion for the campus: It must be distinctive. Since then, UC San Diego has achieved the extraordinary in education, research and innovation. Sixteen Nobel laureates have taught on campus; stellar faculty members have been awarded Fields Medals, Pulitzer Prizes, McArthur Fellowships and many other honors. UC San Diego—recognized as one of the top ten public universities by U.S. News & World Report and named by the Washington Monthly as number one in the nation in rankings measuring "what colleges are doing for the country"—is widely acknowledged for its local impact, national influence and global reach. UC San Diego is celebrating 50 years of visionaries, innovators and overachievers. www.50th.ucsd.edu 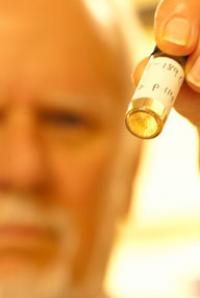 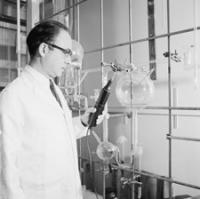