In a rare opportunity to directly compare plant communities in the same area now with a survey taken 50 years ago, a University of Arizona-led research team has provided the first on-the-ground evidence that Southwestern plants are being pushed to higher elevations by an increasingly warmer and drier climate.

The findings confirm that previous hypotheses are correct in their prediction that mountain communities in the Southwest will be strongly impacted by an increasingly warmer and drier climate, and that the area is already experiencing rapid vegetation change.

In a rare opportunity to obtian a "before – after" look, researchers studied current plant communities along the same transect already surveyed in 1963: the Catalina Highway, a road that winds all the way from low-lying desert to the top of Mount Lemmon, the tallest peak in the Santa Catalina Mountains northeast of Tucson.

"Our study provides the first on-the-ground proof of plants being forced significantly upslope due to climate warming in southern Arizona," said Richard C. Brusca, a research scientist in the UA's department of ecology and evolutionary biology who led the study together with Wendy Moore, an assistant professor in the UA's department of entomology. "If climate continues to warm, as the climate models predict, the subalpine mixed conifer forests on the tops of the mountains – and the animals dependent upon them – could be pushed right off the top and disappear."

The study, published in the journal Ecology and Evolution, was made possible by the existence of a dataset compiled 50 years ago by Robert H. Whittaker, often referred to as the "father of modern plant ecology," and his colleague, William Niering, who catalogued the plants they encountered along the Catalina Highway.

Focusing on the 27 most abundantly catalogued plant species, Brusca and Moore discovered that three quarters of them have shifted their range significantly upslope, in some cases as much as a thousand feet, or now grow in a narrower elevation range compared to where Whittaker and Niering found them in 1963.

Specifically, Moore and her team found that the lowermost boundaries for 15 of the species studied have moved upslope; eight of those species now first appear more than 800 feet higher than where Whittaker and Niering first encountered them. Sixteen of the studied species are now restricted to a narrower band of elevation, the researchers noticed. As far as the plants' upper elevation limits were concerned, the researchers observed a mixed trend: They found it to be higher for four species, lower for eight species and unchanged for 15.

For example, in 1963 Whittaker and Niering recorded alligator juniper as a component of upland desert and grassland communities in the Catalina Mountains, beginning at an elevation of just 3,500 feet. Today, one has to drive to the 5,000-foot elevation marker on the Catalina Highway to see the first live alligator juniper trees in upland habitats.

According to the authors, the main point emerging from the study is that plant communities on the mountain were different 50 years ago because plant species do not necessarily move toward higher elevations as a community. Rather, individual species shift their ranges independently, leading to a reshuffling of plant communities.

The scientists in this multidisciplinary group gathered the data during fieldwork in 2011, and included UA postdoctoral fellows and professors from several programs, including the UA departments of entomology and ecology and evolutionary biology, the Center for Insect Science and the Institute for the Environment, as well as botanists from the Arizona-Sonora Desert Museum.

Based on studies done by other scientists, including UA researchers, the researchers believe that a "thirstier" atmosphere might be a major driver behind the shifts in plant distribution, possibly even more so than lack of precipitation. As the atmosphere becomes warmer and drier, plants loose more water through their leave openings and become water-stressed.

According to the authors, the results are consistent with a trend scientists have established for the end of the Pleistocene, a period of repeated glaciations that ended about 12,000 years ago. By studying the distribution of plant seeds and parts preserved in ancient packrat middens, for example, paleo-ecologists have documented that as the climate warmed up, plant communities changed profoundly.

"In southern Arizona, some species moved north to the Colorado Plateau, others moved up mountain slopes, and others didn't move at all," said Moore, who has been collecting data on ground-dwelling arthropods, plants, leaf litter, weather, soil, and other ecological factors in the Santa Catalina Mountains for the Arizona Sky Island Arthropod Project based in her lab.

The Sky Islands encompass an "archipelago" of 65 isolated mountain ranges rising from the surrounding low-elevation desert and desert grassland in an area that constitutes the only major gap in the 4,500-mile long North American Cordillera, which runs from northern Alaska to southern Mexico. The Sky Islands, often referred to as the "Madrean Sky Islands," span this gap in southeastern Arizona, southwestern New Mexico and northeastern Sonora, Mexico. They include the Santa Catalina Mountains, the Pinal Mountains and the Chiricahua Mountains. 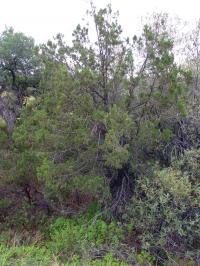 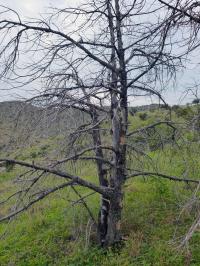