Leipzig/Heidelberg. The largest mass extinction in the history of the earth could have been triggered off by giant salt lakes, whose emissions of halogenated gases changed the atmospheric composition so dramatically that vegetation was irretrievably damaged. At least that is what an international team of scientists have reported in the most recent edition of the "Proceedings of the Russian Academy of Sciences" (Dokladi Earth Sciences). At the Permian/Triassic boundary, 250 million years ago about 90 percent of the animal and plant species ashore became extinct. Previously it was thought that volcanic eruptions, the impacts of asteroids, or methane hydrate were instigating causes. The new theory is based on a comparison with today's biochemical and atmospheric chemical processes. "Our calculations show that airborne pollutants from giant salt lakes like the Zechstein Sea must have had catastrophic effects at that time", states co-author Dr. Ludwig Weißflog from the Helmholtz-Center for Environmental Research (UFZ). Forecasts predict an increase in the surface areas of deserts and salt lakes due to climate change. That is why the researchers expect that the effects of these halogenated gases will equally increase.

The team of researchers from Russia, Austria, South Africa and Germany investigated whether a process that has been taking place since primordial times on earth could have led to global mass extinctions, particularly at the end of the Permian. The starting point for this theory was their discovery in the south of Russia and South Africa that microbial processes in present-day salt lakes naturally produce and emit highly volatile halocarbons such as chloroform, trichloroethene, and tetrachloroethene. They transcribed these findings to the Zechstein Sea, which about 250 million years ago in the Permian Age, was situated about where present day Central Europe is. The Zechstein Sea with a total surface area of around 600.000 km2 was almost as large as France is today. The hyper saline flat sea at that time was exposed to a predominantly dry continental desert climate and intensive solar radiation - like today's salt seas. "Consequently, we assume that the climatic, geo-chemical and microbial conditions in the area of the Zechstein Sea were comparable with those of the present day salt seas that we investigated," Weißflog said.

In their current publication the authors explain the similarities between the complex processes of the CO2-cycle in the Permian Age as well as between global warming from that time and at present. Based on comparable calculations from halogenated gas emissions in the atmosphere from present-day salt seas in the south of Russia, the scientists calculated that from the Zechstein Sea alone an annual VHC emissions rate of at least 1.3 million tonnes of trichloroethene, 1.3 million tonnes of tetrachloroethene, 1.1 million tonnes of chloroform as well as 0.050 million tonnes of methyl chloroform can be assumed. By comparison, the annual global industrial emissions of trichloroethene and tetrachloroethene amount to only about 20 percent of that respectively, and only about 5 percent of the chloroform from the emissions calculated for the Zechstein Sea by the scientists. Incidentally, the industrial production of methyl chloroform, which depletes the ozone layer, has been banned since 1987 by regulation of the Montreal Protocol.

"Using steppe plant species we were able to prove that halogenated gases contribute to speeding up desertification: The combination of stress induced by dryness and the simultaneous chemical stressor "halogenated hydrocarbons" disproportionately damages and destabilize the plants and speeds up the process of erosion," Dr. Karsten Kotte from the University of Heidelberg explained.

Based on both of these findings the researchers were able to form their new hypothesis: At the end of the Permian Age the emissions of halogenated gases from the Zechstein Sea and other salt seas were responsible in a complex chain of events for the world's largest mass extinction in the history of the earth, in which about 90 percent of the animal and plant species of that time became extinct.

According to the forecast from the International Panel on Climate Change (IPCC), increasing temperatures and aridity due to climate change will also speed up desertification, increasing with it the number and surface area of salt seas, salt lagoons and salt marshlands. Moreover, this will then lead to an increase in naturally formed halogenated gases. The phytotoxic effects of these substances become intensified in conjunction with other atmospheric pollutants and at the same time increasing dryness and exponentiate the eco-toxicological consequences of climate change.

The new theory could be like a jigsaw piece that contributes to solving the puzzle of the largest mass extinction in the history of the earth. "The question as to whether the halogenated gases from the giant salt lakes alone were responsible for it or whether it was a combination of various factors with volcanic eruptions, the impact of asteroids, or methane hydrate equally playing their role still remains unanswered," Ludwig Weißflog said. What is fact however is that the effects of salt seas were previously underestimated. In their publication the researchers working with Dr. Ludwig Weißflog from the UFZ and Dr. Karsten Kotte from the University of Heidelberg want to prove that recent salt lakes and salt deserts of south-east Europe, Middle Asia, Australia, Africa, America can not only influence the regional but also the global climate. The new findings on the effects of these halogenated gases are important for revising climate models, which form the basis for climate forecasts.

At the Helmholtz Centre for Environmental Research (UFZ) scientists research the causes and consequences of far-reaching environmental changes. They study water resources, biological diversity, the consequences of climate change and adaptation possibilities, environmental and biotechnologies, bio energy, the behaviour of chemicals in the environment and their effect on health, as well as modelling and social science issues. Their guiding research principle is supporting the sustainable use of natural resources and helping to secure these basic requirements of life over the long term under the influence of global change. The UFZ employs 900 people at its sites in Leipzig, Halle and Magdeburg. It is funded by the German government and by the states of Saxony and Saxony-Anhalt.

The Helmholtz Association helps solve major, pressing challenges facing society, science and the economy with top scientific achievements in six research areas: Energy, Earth and Environment, Health, Key Technologies, Structure of Matter, Transport and Space. With 28,000 employees in 15 research centres and an annual budget of around EUR 2.4 billion, the Helmholtz Association is Germany's largest scientific organisation. Its work follows in the tradition of the great natural scientist Hermann von Helmholtz (1821-1894). 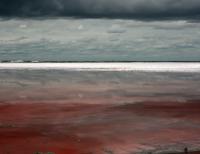