PHILADELPHIA - When it comes to the physical scars surgery leaves behind, a new study shows patients and doctors often don't assess their severity the same way. Researchers from the Perelman School of Medicine at the University of Pennsylvania found patients and physicians disagreed in their scar evaluations 28 percent of the time, with patients more likely to focus on the depth of the scar while physicians were more likely to emphasize coloration and texture. The study's authors say these findings point to the need for better evaluation methods and improved preoperative counseling.

About 230 million surgical procedures are performed worldwide each year overall. That includes surgeries that are gender-specific like cesarean sections or breast reconstruction, as well as procedures that are the same for all patients such as skin cancer surgery. In addition to the type of procedure, there are multiple other factors that impact the scars various procedures leave on a person's body, such as method of skin incision, method of wound closure, suturing technique, or postoperative wound care.

"Our analysis includes results across multiple specialties and using multiple methods, which shows this patient-surgeon discrepancy is not limited to any particular discipline or intervention," said the study's senior author Joseph F. Sobanko, MD, an assistant professor of Dermatology and director of Dermatologic Surgery Education at Penn.

"It is somewhat common for patients to have post-surgical scars that are considered clinically acceptable but patients may still feel disfigured," Sobanko said. "Many of the scales currently used to evaluate scars are insufficient to measure subtle scar features and patient satisfaction."; they ."

Sobanko says one problem with the scales is that they were not originally designed to measure surgical scars. Several of them were developed to evaluate burn scars instead. They also don't take into account the difference in points of emphasis between patients and physicians. In studies using patient and observer scar assessment scale (POSAS) to rate scars, patients weighted scar depth as more important, while physicians emphasized scar pigmentation and texture/surface irregularities. By taking these priorities into account, surgeons can better set expectations.

"These findings may help to improve preoperative counseling and highlight the importance of developing scar measures that balance the perceptions of patients and physicians," Sobanko said.

To that end, Sobanko said further research is needed to understand patient and physician expectations during initial visits, as well as how the anatomic location of the scar affects perception.

The study was supported by the Dermatology Foundation and the Penn Center for Human Appearance.

Patients and doctors often disagree in evaluation of surgical scarring

Scar at One Week 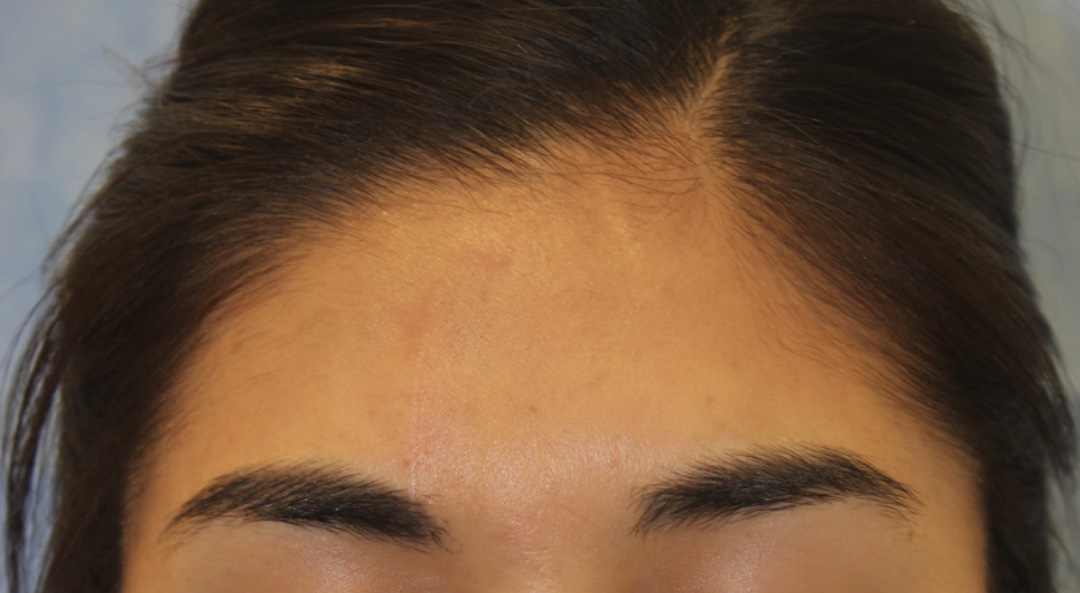