The need for new male contraceptives

Male contraceptive options have not changed in over a century, and are currently limited to condoms and withdrawal (with high pregnancy rates in typical use), or vasectomy (meant to be permanent). No long-acting, reversible contraceptives are currently available for men.

The demand for new male contraceptive methods is growing. Surveys indicate that the majority of men would be interested in using a new contraceptive, and about 20% of couples already rely on existing male methods for reproductive control. While research has uncovered a variety of new targets for male contraception, no new product has made it to market yet. Many men say they would prefer a non-hormonal option because of the potential side effects and safety risks of hormones. However, studies of hormonal approaches continue to receive the most funding as evidenced by the recent publication of serious side effects in a large study of a hormonal method.

The lack of contraceptive options also impacts those who care for captive populations of non-human primates such as in zoos and breeding programs. Vasectomy has been the only male option available to non-human primate veterinarians who wish to reduce the pregnancy rate in their colonies. The study published today chronicles the use of Vasalgel in groups of rhesus macaques - confirming previous preclinical findings in rabbits on the efficacy of the new device and offering a new tool to colony managers.

Vasalgel is a high molecular weight polymer that consists of styrene-alt-maleic acid (SMA) dissolved in dimethyl sulfoxide and could be the first long-acting, non-hormonal, potentially reversible male contraceptive to reach market. The polymer forms a hydrogel after injection into the vas deferens, creating a blockage to the passage of sperm. It is thought that fluids are able to pass slowly through the gel, reducing back-pressure on the epididymis (the sperm storage area) that has been noted after vasectomy.

The contraceptive effect of Vasalgel has been "reversed" in a rabbit model by flushing the material out with a simple sodium bicarbonate solution. Sperm flow quickly resumed (publication in press).

Benefits for monkeys - and someday for humans?

The purpose of the current study was to put Vasalgel to the ultimate test--preventing pregnancy, not just eliminating sperm--in larger animals more anatomically similar to humans, before human use. However, the contraceptive had benefits to the monkeys as well.

Sixteen adult male rhesus monkeys received intravas injections of Vasalgel. After a one-week recovery, each male was returned to outdoor group housing, which included three to nine intact, breeding females with a successful reproductive history. The monkeys lived in social groups in a setting that is closer to a free-living environment than traditional research housing, following and exceeding European guidelines for space per monkey. Parsemus Foundation advocates for adoption of more humane European standards for U.S. research and requires that participating studies meet these standards.

All males were monitored for at least one breeding season; 7 of the 16 were almost continually housed with females for two years. The study authors reported that there were no conceptions after Vasalgel injections. Complications were minor and included one incident of incorrect placement of Vasalgel into the vas deferens and the development of a sperm granuloma in one animal. Unilateral vasectomy was performed in each subject without further complication. One partial castration was performed due to an unrelated trauma incident. Histological examination in the removed testicle indicated that the presence of Vasalgel did not incite a localized inflammatory reaction (i.e., the Vasalgel was well-tolerated). This finding is similar to that found in the rabbit, in which tissue response to the presence of Vasalgel was minimal. Additionally, the occurrence rate of sperm granulomas in the monkeys that received Vasalgel was lower than in an age- matched control group that received vasectomy.

For monkeys, fewer complications than vasectomy

"It is ideal to house monkeys together for their social welfare, but we also need to consider the fertility of these animals, which is typically high, and be able to make responsible decisions on population size" explains Angela Colagross-Schouten, lead veterinarian on the project. "While vasectomy is a quick and relatively simple procedure in humans, in monkeys there can be additional complications, as it is inherently more complex. We were impressed that this alternative worked in every single monkey, even though this was our first time trying it. Vasectomies are a routine procedure for nonhuman primate veterinarians, so to have similar or even slightly better outcomes trying a brand-new procedure is very encouraging. Hopefully, Vasalgel placement can be an option for other captive colonies, including zoos, that want to manage reproductive rates while allowing for social housing."

Intravas injection of Vasalgel in sexually mature adult male rhesus monkeys was effective in preventing conception in a free-living, group environment. Complications were few and similar to those associated with traditional vasectomy. The males could be returned to their group quickly, providing minimal disruption to the social structure of the group while not impeding natural behaviors such as mating.

With proof of efficacy now published in monkeys and rabbits, preparations are being made for the first clinical trial in humans. Parsemus Foundation, a non-profit organization based in Berkeley, California, aims for Vasalgel to be available world-wide, with a tiered international pricing structure to ensure affordability to all men. The first study will explore effectiveness; later studies will attempt reversal (flushing the gel to restore sperm flow), which has been demonstrated in rabbits (in press) but not yet in larger animals.

About Parsemus Foundation: Parsemus Foundation works to advance innovative and neglected medical research. The foundation supports studies and then seeks to raise awareness of results, to ensure that they change treatment practice rather than disappear into the scientific literature. Many of the studies the foundation supports involve low-cost approaches that are not under patent, and are thus unlikely to be pursued by pharmaceutical companies due to limited profit potential. Successful studies to date have included breast cancer treatment advances, low-cost readily available nonsurgical dog and cat sterilization, and non-invasive treatment of benign prostatic hyperplasia using a currently marketed device. Parsemus Foundation's main focus is currently bringing Vasalgel to market. More information on Parsemus Foundation and the work presented here can be found at: https://www.parsemusfoundation.org/projects/vasalgel/ 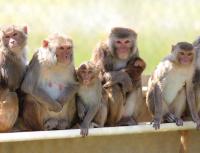 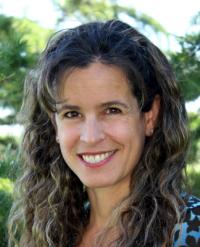