Genome editing techniques for blood stem cells just got better, thanks to a team of researchers at USC and Sangamo BioSciences.

"Gene therapy using HSPCs has enormous potential for treating HIV and other diseases of the blood and immune systems," said co-corresponding author Paula Cannon, PhD, professor of molecular microbiology and immunology, pediatrics, biochemistry and molecular biology, and stem cell biology and regenerative medicine at USC. "And using genome editing techniques now allows us to make very precise changes that could repair genetic mutations -- the gene typos -- that can cause disease."

Despite the enormous potential of such targeted gene medicine to cure patients, getting genome editing to work has proven challenging in human HSPCs -- especially in the most primitive, least differentiated cells with the greatest ability to become any blood cell type.

Cannon's group, working with a team at Sangamo, has been using "genetic scissors" called zinc finger nucleases (ZFNs) to cut a cell's DNA at a precise location or sequence. The cell normally uses a copy of the cut DNA sequence as a template to repair the DNA break. During this process, there is the opportunity to introduce new DNA sequences or to repair mutations, effectively fooling the cell into making a genetic edit.

To provide the cell with both the targeted nuclease and the new DNA template, scientists can use a variety of delivery vehicles or vectors, including viruses and a type of genetic material known as messenger RNA (mRNA).

In the study, the team discovered a highly effective way to deliver the DNA repair template using a specific type of viral vector, known as an adeno-associated virus (AAV) serotype 6, which can naturally enter HSPCs. At the same time, they found that delivering the ZFNs as short-lived mRNA molecules allowed the DNA cutting and repair process to occur without disrupting the HSPCs. By combining these two delivery methods, the scientists were able to insert a gene at a precise site in even the most primitive human HSPCs with unprecedented efficiency rates ranging from 15 to 40 percent.

The team then transplanted these genetically edited human HSPCs into immune-deficient mice, and found that the cells thrived and differentiated into many different blood cell types -- all retaining the edits to their DNA.

"Our results provide a strategy for broadening the application of genome editing technologies in HSPCs," said co-corresponding author Michael C. Holmes, PhD, vice president of research at Sangamo BioSciences. "This significantly advances our progress towards applying genome editing to the treatment of human diseases of the blood and immune systems." 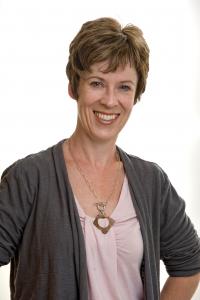