Diamonds dug up from ancient rock formations in the Johannesburg area, between 1890 and 1930 - before the industrialisation of gold mining - have revealed secrets of how the Earth worked more than 3.5 billion years ago.

The three diamonds, which were extracted from the 3 billion-year-old Witwatersrand Supergroup - the rock formation that is host to the famous Johannesburg gold mines - were investigated by Dr. Katie Smart, Prof. Susan Webb and Prof. Lewis Ashwal from Wits University, Prof Sebastian Tappe from the University of Johannesburg, and Dr. Richard Stern from the University of Alberta (Edmonton, Canada), to study when modern-style plate tectonics began to operate on planet Earth. The diamonds were generously provided by Museum Africa, located in Johannesburg, with the assistance of curator Katherine James.

"Because diamonds are some of the the hardest, most robust material on Earth, they are perfect little time capsules and have the capacity to tell us what processes were occurring extremely early in Earth's history," says Dr Katie Smart, a Lecturer at the Wits School of Geoscience and the lead researcher on the paper, Early Archaean tectonics and mantle redox recorded in Witwatersrand diamonds, that was published in the journal, Nature Geoscience, in January.

While the diamonds of this study were found in 3 billion-year-old sedimentary rocks, diamond formation occurred much deeper, within Earth's mantle. Additionally, based on the nitrogen characteristics of the diamonds, they also formed much earlier, around 3.5 billion years ago. Transport of the diamonds to the surface of the Earth by kimberlite-like volcanism, followed by their voyage across the ancient Earth surface and into the Witwatersrand basin, occurred between 3.5 and 3 billion years ago.

By using an ion probe to analyse the carbon and nitrogen isotope compositions of the Witwatersrand diamonds, which have been pristinely preserved for more than three billion years, Smart and her team found that plate tectonics was likely in operation on Earth as early as 3.5 billion years ago.

"We can use the carbon and nitrogen isotope compositions of the diamonds to tell us where the source material involved in the formation of the Witwatersrand diamonds over 3 billion years ago came from," says Smart.

Earth as a planet is unique because of the dynamic process of plate tectonics that constantly transports surface material into the Earth's mantle, which extends between 7 km to over 2800km below Earth's surface. The process is driven by both convection cells within the Earth's mantle and the character of crustal plates at Earth's surface, where newly formed oceanic crustal plates are formed at spreading centres at mid-ocean ridges and then pushed apart. Older, cooler and more dense crust at convergent plate margins is then pulled into, or sinks, into the mantle at subduction zones. The subduction of crustal plates into the mantle can also carry sediments and organic material deep into the Earth's interior.

The plate tectonic process is vital for shaping the Earth as we know it, as the activity of plate tectonics causes earthquakes, volcanic eruptions, and is responsible for constructing Earth's landscapes, such as deep sea trenches and building of mountains on the continents.

"Various researchers have tried to establish when exactly plate tectonics started on Earth, but while there are many investigations of ancient rocks on Earth's surface - like the 3.5 billion year old Barberton Greenstone Belt here in South Africa, or the 4 billion year old Acasta Gneiss in northwest Canada - we are looking at the problem from a different viewpoint - by investigating minerals derived from Earth's mantle," says Smart.

"We are not the first research group to study diamonds in order to tell when plate tectonics began, but our study of confirmed Archaean diamonds has suggested that plate tectonics was in operation by at least 3.5 billion years."

About the Witwatersrand Diamonds

The green Witwatersrand diamonds were found in the Witwatersrand conglomerate, where the gold was found that led to the establishment of the city of Johannesburg.

A number of these diamonds were found between 1890 and 1930, when men were still mining by hand and pick axes. After the industrialisation of the mines in the 1930s, most of the diamonds in the conglomerate were crushed to dust. For this reason, the Witwatersrand diamonds are extremely rare. 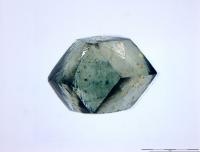 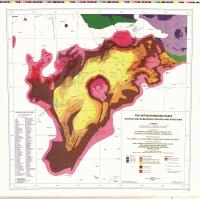