A colony of more than one million Mexican free-tailed bats make their home under a bridge in Austin, Texas, each year before flying south for the winter. The bats are one of the city's most popular visitor attractions, and they roost under the bridge, emerging each night to forage on insects.

Researchers have noted that many bat and bird species that exclusively eat airborne insects have been on a rapid decline in recent years. To learn more about what's causing the loss of these species, a team led by Colorado State University Assistant Professor Kyle Horton will study migratory behavior of the Mexican free-tailed bats, tree swallows and purple martins over the next three years.

The project is funded by the National Science Foundation, with $534,135 awarded to CSU.

Horton, who is in the Department of Fish, Wildlife and Conservation Biology, said the dramatic population declines and the changing climate are driving the research. Scientists from the University of Oklahoma and University of Massachusetts will also take part in the research under this NSF project, which totals approximately $1 million.

"This class of birds and bats is struggling, in part due to climate change, but also changes to habitats," he said. "It's a challenge to monitor these species, primarily because they spend most of their time in the air. This challenge, paired with the fact that these species are migratory, limits the number of tools available to see what's going on in the airspace."

These three species will be tracked when they emerge from their roosts by using Next Generation Weather Radar or NEXRAD, a network of 160 high-resolution Doppler weather radars operated by the National Weather Service. Researchers will use data from NEXRAD to measure the causes and consequences of ecological change in the aerial feeding and group habits of the bats and birds.

The team will also integrate environmental data from the NSF National Ecological Observatory Network -- known as NEON -- with the radar data to identify the drivers of changes in abundance, feeding, reproduction and other seasonal patterns. The massive data sets will be paired with one another to develop predictions of how these three species are changing at regional to continental scales, and in response to environmental changes.

In places like Oklahoma, Horton said as few as five trees may house up to 25,000 birds during the roosting phase of migration.

"It's a tremendous concentration of life," he said. "Luckily for us researchers, that activity gets detected by radar. We can measure the timing, determine how many birds are in the roosts and look at that information across 25 years."

Horton and the research team will create an online portal that people can explore, to see where these roosts and bat caves are.

"The roosts are spectacular," he said. "However, it's not widely known that folks can go out in various parts of the United States and see a million bats or thousands of swallows. We hope these tools will help connect the public to these phenomena."

They will also teach a summer course for up to 30 people on the use of radar in research as part of the project. The class will be held on CSU's main campus, with an aim to train students and people working in state and federal agencies. Scholarships will be available for up to 10 students to travel to Fort Collins. 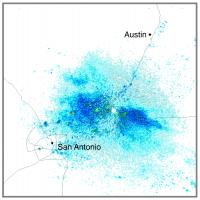 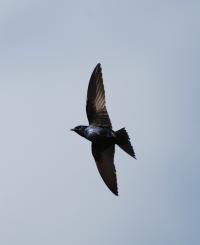