Two high-tech health researchers at the University of Massachusetts Amherst have received a $1.15 million grant from the National Institutes of Health (NIH) to develop a wireless device, worn like a necklace, that aims to transform the understanding and treatment of schizophrenia.

Biomedical informatician Sunghoon Ivan Lee and wireless health scientist Jie Xiong took on the project after a Harvard Medical School psychiatrist at Massachusetts General Hospital approached Lee about inventing a way to measure the social interactions of people with schizophrenia. The assistant professors of information and computer sciences are among the interdisciplinary scientists at UMass Amherst's Institute of Applied Life Sciences (IALS), where they will carry out their research in the Center for Personalized Health Monitoring. IALS scientists strive to translate fundamental research into innovations that benefit humankind.

A leading cause of disability in the U.S., schizophrenia is a chronic mental disorder that affects how a person thinks, feels and behaves. It's often characterized by subtle abnormalities in day-to-day social behaviors - symptoms that psychiatrists are unable to witness or study in a clinical setting. For example, patients with poorly controlled symptoms typically maintain significant physical distance from other people.

"People with schizophrenia tend to be isolated from other people in society," Lee says. "This is a real-world, unsolved problem."

Information about how far patients stand from others and their breathing and movement as they interact - and whether the distance differs among family members, friends, co-workers and strangers - can help psychiatrists determine how well medication is working and whether other therapies and interventions would be beneficial and improve quality of life.

"The goal is to objectively quantify the amount of real-world social interactions and the physical distance maintained from others in individuals with schizophrenia," the researchers say.

Lee and Xiong are designing a device that uses acoustic signals to detect humans with whom the patient interacts. The discrete, necklace-like device will also use an ultrasound signal to simultaneously measure the distances of multiple targets within an accuracy of two centimeters. Xiong explains that the Doppler effect, together with the signal phase/amplitude change, enables the researchers to detect subtle movement, such as breathing and arm gestures, which can provide additional, meaningful data. A GPS capability will reveal whether the patient's behavior changes in different environments and locations. "All those multimodal data will be analyzed to find a correlation to the patients' symptoms," Lee says. The device will not record conversations or other data that could be intrusive.

The researchers hope to develop an algorithm from the data collected that can be used by clinicians to assess the level of social motivation and the severity of symptoms of people with schizophrenia. An ultimate goal is to develop phenotypes, or observable traits, of the disorder and create personalized management of an individual's symptoms.

The first year of research will be devoted to incorporating the hardware into a compact design, Xiong says. The second year, the scientists will test the device and all its functions, first in the IALS lab, and then outside, using UMass Amherst student volunteers in both settings.

Sophisticated "ground truth" technology, based on equipment for human movement analysis in the IALS lab, will help Xiong and Lee check the accuracy of the device and validate their experiment. After that, the device will be shared with Harvard Medical School psychiatrists to be tested on patients.

"We believe that progress toward moving schizophrenia treatment to a scientific process rooted in objective measurement and performance in the real world would contribute to a major paradigm shift in the field," Lee and Xiong say. 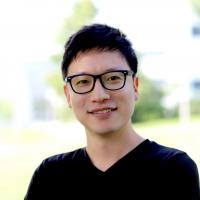