During the October cruise of KS16-16 (1) a research team with members from the Kobe University Graduate School of Science, the University of Tokyo Earthquake Research Institute and the Japan Agency for Marine-Earth Science and Technology (JAMSTEC)(2) tested a newly-developed island volcano monitoring system in the seas around Nishinoshima, where eruptions have been continuing since November 2013.

The monitoring system uses a wave glider that can operate autonomously relying solely on wave power. The glider is equipped with cameras for visual observation of the volcano, a GPS wave gauge that can detect tsunami caused by volcanic collapse, and a gauge that checks for earthquakes and air vibrations by measuring sonic waves in the air and water. During the system's test run around the island researchers were able to confirm that these features were functioning correctly.

In order to monitor in real time, they continuously transmitted data from the wave gauge and earthquake/air tremor gauge to a server on the mainland 1000km from Nishinoshima using satellite transmissions.

Based on this test run, the development stages of the island volcano monitoring system are almost complete, and the group plans to start preparing the system for practical use in monitoring Japan's numerous island volcanoes. 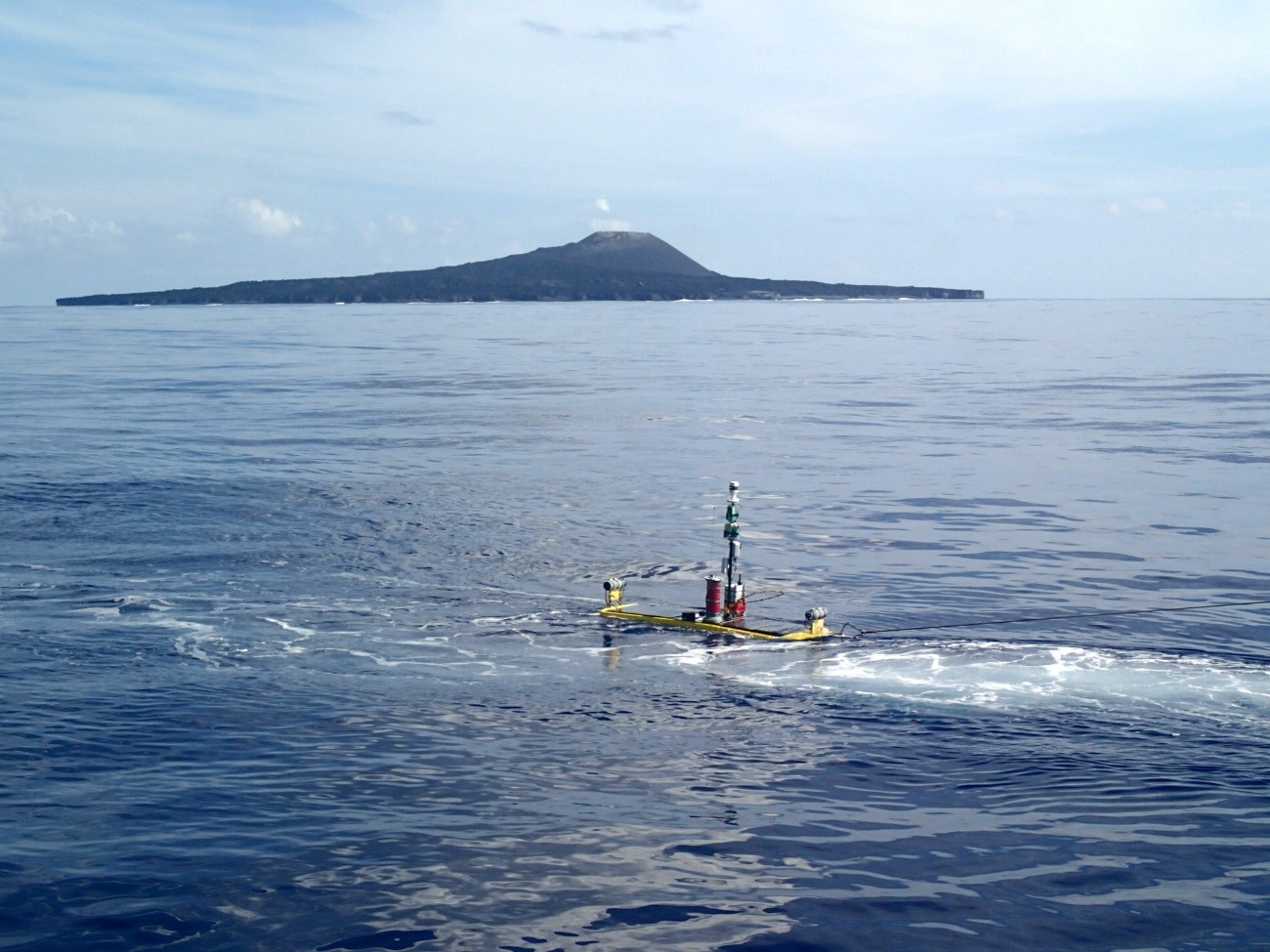 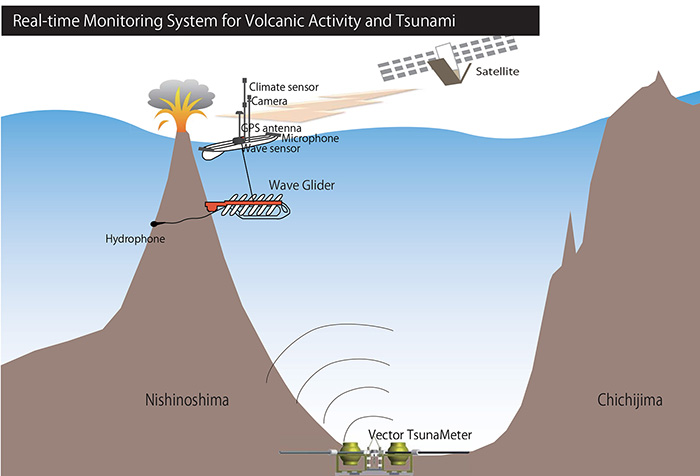