Tokyo, Japan -- Despite centuries of inquiry, we still don't know how our intelligence came about. On Sunday, December 17, 2017, researchers at the new University of Tokyo International Research Center for Neurointelligence (IRCN), held their first annual symposium to kick off a new effort to find out.

Members of the new IRCN gathered at the Ito Hall, on the University of Tokyo's Hongo Campus in Tokyo, Japan, to launch an ambitious international research effort and student exchange. The symposium welcomed collaborators from around the world to discuss the IRCN's research themes and set the agenda for the new center.

The IRCN is supported by the Japanese Ministry of Education, Culture, Sports, Science and Technology (MEXT) under the World Premier International Research Center Initiative (WPI). The new center, established in October 2017, gathers researchers from across the sciences under world-leading neuroscientist Professor Takao Hensch, to create a new discipline of neurointelligence.

The WPI program is one of the world's preeminent research excellence initiatives. It supports Japanese institutions setting up centers that bring together top-level researchers from around the world to advance cutting-edge research, create novel interdisciplinary research domains, internationalize the research environment and reform research organizations. The new IRCN is expected to fulfill all of these objectives.

"The International Research Center for Neurointelligence sets out with the ambitious goal of understanding human intelligence. This great subject has interested researchers for many years, but we still know very little," says University of Tokyo President Makoto Gonokami. "Our first WPI, the Kavli Institute for the Physics and Mathematics of the Universe, brought together the best minds from around the world to understand the origins of the universe and all it contains. This new WPI will do the same for the equally complex system inside our own heads, bringing top researchers from around the world to work together toward a common goal, the understanding of human intelligence and how it came about. Like the Kavli IPMU, the IRCN will be a special area within the University of Tokyo, creating a truly international environment that will accelerate our efforts to internationalize the university campus as a whole."

The IRCN aims to create a new discipline of neurointelligence, fusing the life sciences, medicine, linguistics, mathematical sciences, information science and artificial intelligence. Focusing on how neurons mature inside the brain, the center's goal is to discover new principles of neural circuit development to drive the creation of innovative AI technologies, understand how impaired neural development results in psychiatric disorders, and nurture young international AI-neuroscientists. In the future, the IRCN will expand its reach to researchers in the humanities and social sciences to further deepen our understanding of human intelligence.

"While great technical strides have been made in prying open the black box of the brain, and artificial deep-learning algorithms can now defeat Go masters, we are far from understanding the general and flexible intelligence characteristic of humans," explains Professor Hensch. "Focusing on key principles of neural circuit development and how it goes awry in mental disorders promises new insights for a more efficient, neuro-inspired AI. This in turn will offer computational approaches to better understanding the human condition. I am particularly pleased by the opportunity to train a new generation of global scholars fluent in both neuroscience and information science by connecting the talented students at Harvard and the University of Tokyo."

The University of Tokyo is the only institution in Japan to host two WPI centers. The first, the Kavli IPMU, was established as the IPMU in 2007, one of just five such centers adopted by MEXT at that time. Since then, it has received support from the Kavli Foundation and become a member of the global Kavli family of research institutes. Under the leadership of Professor Hitoshi Murayama, a particle physicist who splits his time between the University of Tokyo and the University of California, Berkeley, the Kavli IPMU has become a world-leader in its field.

Professor Murayama cheered the new WPI. "I am excited to welcome a sister WPI center to the University of Tokyo! The WPI program was created by the Japanese cabinet in 2007 to boost the international visibility of science in Japan and to promote reform of the national university system by establishing international research centers carrying out world-class interdisciplinary research. We will share our Kavli-IPMU experiences in kick-starting the IRCN and hope also to have scientific interactions between scientists who study the outer Universe and the inner Universe." At the symposium, Professor Murayama provided an overview of the WPI system.

"The IRCN will be internationally focused and interdisciplinary from the start," says President Gonokami. "In addition, once the team at the IRCN is well established, we look forward to expanding their collaborations to include the humanities and social sciences. Fusing the fruits of the IRCN's research with the accumulated knowledge of the humanities and social sciences, the new center will contribute to overcoming society's challenges through a deeper understanding of human intelligence. The IRCN will also be training many young researchers in this new field. I look forward to welcoming a new generation of young AI-neuroscientists who will be the future of this discipline."

The IRCN will form the core of a new international network of research institutions focusing on the foundations of intelligence. Partner institutions include Boston Children's Hospital at Harvard University and the Max Planck Florida Institute for Neuroscience in the USA, and RIKEN in Japan. Members will come together on an ad-hoc basis for research collaboration, workshops throughout the year, student exchange, and at the annual IRCN international symposium. 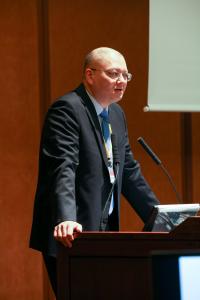