Researchers from the University of Exeter and Kiel University in Germany treated E. coli with different combinations of antibiotics in laboratory experiments.

Unexpectedly they found that the rate of evolution of antibiotic resistance speeds up when potent treatments are given because resistant bacterial cells flourish most during the most aggressive therapies.

This happens because too potent a treatment eliminates the non-resistant cells, creating a lack of competition that allows resistant bacteria to multiply quickly. Those cells go on to create copies of resistance genes that help them rapidly reduce the effectiveness of the drugs. In tests this effect could even cause E.coli to grow fastest in the most aggressive antibiotic treatments.

Professor Robert Beardmore, EPSRC Research Fellow from the University of Exeter said: "We were surprised by how quickly the bacteria evolved resistance. We nearly stopped the experiments because we didn't think some of the treatments should be losing potency that fast, sometimes within a day. But we now know that the bacteria remaining after the initial treatment have duplicated specific areas of their genome containing large numbers of resistance genes. These gene copies appear more quickly when the antibiotics are combined, resulting in the rapid evolution of very resistant bacteria.

"Designing new treatments to prevent antibiotic resistance is not easy, as this research shows, and governments may need to increase their funding for antibiotics research if scientists are to be able to keep pace with the rapid evolution of bacterial pathogens that cause disease."

Dr Rafael Pena-Miller from Biosciences at the University of Exeter said: "The evidence that combining antibiotics to make a more potent therapy can lead to the creation of more copies of the genes the bacteria needs to be resistant is of real concern."

Professor Hinrich Schulenberg from Kiel University in Germany said: "The interesting thing is that the bacteria don't just make copies of the genes they need. Just in case, they copy other genes as well, increasing resistance to antibiotics the cells weren't even treated with."

About 440 000 new cases of drug-resistant tuberculosis emerge annually, causing around 150 000 deaths. Statistics like this recently lead the Department of Health to state that antibiotic resistance poses one of the greatest threats to human health.

The University has invested strategically to deliver more than £350 million worth of new facilities across its campuses for 2012, including landmark new student services centres - the Forum in Exeter and The Exchange in Cornwall - and world-class new facilities for Biosciences, the Business School and the Environment and Sustainability Institute.

About the Kiel University

Kiel University is a University of interconnecting and interactive academic cultures, which have been evolving here since 1665. The University currently teaches over 24,000 women and men and the range of subjects on offer is spread over eight faculties. Building on our strength of proven excellence in interdisciplinary research, we have formed four dynamic research foci of international relevance at Kiel University: Marine and Geosciences, Life Sciences, Nano and Surface Science, and Societal, Environmental, Cultural Change (SECC). Each focus integrates research across faculty boundaries and is continuously inspired through strong partnerships with (non-university) research institutions in Germany and around the world. The resulting university profile is unique, the scientific exchange across disciplinary and faculty boundaries is invigorating and stimulating, and the opportunities for both researchers and students at Kiel University are excellent at all levels. 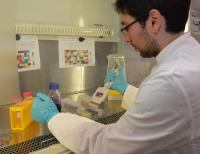 Kiel University in Germany (2 of 2)