RIVERSIDE, Calif. - Feeding is paramount to the survival of almost every animal, and just about every living organism is eaten by another. Not surprisingly, the animal kingdom shows many examples of extreme specialization - the chameleon's tongue, fox diving into snow, cheetah sprinting - for capturing prey or escaping predators.

The antagonistic predator-prey relationship is of interest to evolutionary biologists because it often leads to extreme adaptations in both the predator and prey. One such relationship is seen in the rattlesnake-kangaroo rat system - a model system for studying the dynamics of high-power predator-prey interactions that can be observed under completely natural conditions.

Curiously, however, very little is known about the strike performance of rattlesnakes under natural conditions. But that is now about to change because technological advances in portable high-speed cameras have made it possible for biologists like Timothy Higham at the University of California, Riverside to capture three-dimensional video in the field of a rattlesnake preying on a kangaroo rat.

"Predator-prey interactions are naturally variable - much more so than we would ever observe in a controlled laboratory setting," said Higham, an associate professor of biology, who led the research project. "Technology is now allowing us to understand what defines successful capture and evasion under natural conditions. It is under these conditions in which the predator and prey evolve. It's therefore absolutely critical to observe animals in their natural habitat before making too many conclusions from laboratory studies alone."

A question Higham and his team are exploring in predator-prey relationships is: What factors determine the success/failure of a strike or escape? In the case of the rattlesnake and kangaroo rat, the outcome, they note, appears to depend on both the snake's accuracy and the ability of the kangaroo rat to detect and evade the viper before being struck.

"We obtained some incredible footage of Mohave rattlesnakes striking in the middle of the night, under infrared lighting, in New Mexico during the summer of 2015," Higham said. "The results are quite interesting in that strikes are very rapid and highly variable. The snakes also appear to miss quite dramatically - either because the snake simply misses or the kangaroo rat moves out of the way in time."

Many studies have examined snake strikes, but the new work is the first study to quantify strikes using high-speed video (500 frames per second) in the wild.

In the paper, Higham and his coauthors conclude that rattlesnakes in nature can greatly exceed the defensive strike speeds and accelerations observed in the lab. Their results also suggest that kangaroo rats might amplify their power when under attack by rattlesnakes via "elastic energy storage."

"Elastic energy storage is when the muscle stretches a tendon and then relaxes, allowing the tendon to recoil like an elastic band being released from the stretched position," Higham explained. "It's equivalent to a sling shot - you can pull the sling shot slowly and it can be released very quickly. The kangaroo rat is likely using the tendons in its lower leg - similar to our Achilles tendon - to store energy and release it quickly, allowing it to jump quickly and evade the strike."

To collect data, the team radio-tracked rattlesnakes by implanting transmitters. Once the rattlesnake was in striking position, the team carried the filming equipment to the location of the rattlesnake (in the middle of the night) and set up the cameras around the snake. The team then waited (sometimes all night) for a kangaroo rat to come by for the snake to strike.

"We would watch the live view through a laptop quite far away and trigger the cameras when a strike occurred," Higham said.

Next, the researchers plan to expand the current work to other species of rattlesnake and kangaroo rat to explore the differences among species.

The research was supported by start-up funds from UC Riverside, the National Science Foundation and the Desert Legacy Fund from the Riverside-San Bernardino Community Foundation.

Higham was joined in the study by Clint E. Collins, a former graduate student in his lab and now a postdoctoral scholar at the University of Idaho; and Rulon W. Clark, Malachi D. Whitford and Grace A. Freymiller at San Diego State University, Calif. Higham and Clark have been interested in predator-prey interactions for more than a decade. 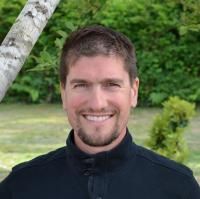