CHARLOTTESVILLE, VA (MARCH 9, 2021). In 2014, the Journal of Neurosurgery published a paper by a group of researchers from Baylor College of Medicine in Houston, who developed a prognostic scoring system for use in patients who present to the emergency department with a gunshot wound to the head (GSWH).[1]

Today, we publish two papers by a group of researchers at Vanderbilt University Medical Center that extend our understanding of the Baylor GSWH scoring system and its application, externally validating it in a different group of patients presenting during a more recent time period in which better acute management techniques are available.

The Baylor prognostic scoring system is a tool used when a patient with a GSWH presents at the emergency department to predict in-hospital survival and outcomes 6 months after injury. Baylor scores are determined using the following variables: the patient's age, neurological status (based on both the patient's pupillary response and Glasgow Coma Scale score at the time of hospital admission), and the trajectory of the bullet within the brain.

Baylor scores range from 0 to 5. One point each is assigned to age greater than 35 years, a Glasgow Coma Scale score of 3 or 4, and bilateral nonreactive pupils. Two points are added if the bullet trajectory passed through the posterior fossa or involved both hemispheres of the brain. Patients determined at hospital admission to have a Baylor score of 0 are more likely to have a good functional outcome (determined as a Glasgow Outcome Scale score of 4 or 5) 6 months after injury; patients with a Baylor score of 5 are unlikely to survive their hospital stay.

The initial paper on the Baylor scoring system involved 199 patients in Houston who were treated for a GSWH with penetration of the dura mater between 1990 and 2008. Although the system was validated internally at the time, since then there has been no published external validation in a separate group of patients.

Article 1. In the first of the new articles, "The value of simplicity: externally validating the Baylor cranial gunshot wound prognosis score", Aaron M. Yengo-Kahn, MD, and colleagues sought external validation of Baylor scores by reviewing the cases of all patients who had been admitted to Vanderbilt University Medical Center for a GSWH with dural penetration between January 1, 2009, and June 30, 2019. This group of 297 patients was "institutionally, geographically, and temporally distinct from the 1990-2008 cohort treated at Ben Taub General Hospital, which was used to develop the Baylor score."

The authors point out that many improvements in acute trauma management were made between the earlier Baylor group of patients and the current Vanderbilt group. Nevertheless, they hypothesized that the Baylor scoring system could still accurately predict in-hospital survival and functional outcome 6 months later.

Patients' Baylor scores were calculated using the method described above. The ability of the Baylor score to predict mortality and functional outcome was assessed by determining the receiver operating characteristic curve and the area under the curve (AUC).

The authors discuss other GSWH prognostic tools, but they are more complex and may not cover both survival and long-term functional status. In a clinical setting, a simple tool such as the Baylor score, which relies on just four variables and is capable of predicting survival and functional outcome, is enormously useful.

When asked about this article, Dr. Yengo-Kahn responded,

"The beauty of the Baylor score is the ease with which it can be applied. Frequently, trauma and neurologic surgeons face difficult decisions about how to convey the gravity of these patients' prognoses early in the hospital course. There is always the hope, especially, before the score was validated, that a patient will surprise us by "outperforming" their imaging- and exam-based prognosis, but this can be unproductive. This "false hope" may be at the cost of a substantial amount of resources and to the detriment of the patient (life prolonged in an undesirable state) and the family (standing witness to continued hospitalization, procedures, etc.), without a reasonable chance for survival. Now that the Baylor score has been validated, it may serve as a grounding force for family discussions and ensuring all treatment teams have a clear, objective, understanding of a patient's prognosis when considering additional treatments."

Article 2. The second paper, "Incorporating conditional survival into prognostication for gunshot wounds to the head" , by Patrick D. Kelly, MD, MSCI, and colleagues, examines data from the same patient population, but instead of applying the Baylor score at the time of admission, the authors applied it 48 hours later, in patients who had survived "the acute phase" of treatment. At that time point, 129 of the 297 patients were alive.

The authors state, "conditional survival is defined as the probability of survival as a function of the amount of time a patient has already survived. This concept is often used to explain how prognostic factors evolve over time."

The 48-hour time point marked a "significant change in conditional survival and functional outcome"; patients in the study who survived past that time had significantly less severity of injury and a higher rate of neurosurgical interventions. Unfortunately, 18 to 25 days of hospitalization marked another change in patients with GSWHs--toward worse rates of good functional outcome.

According to the findings, "Among acute-phase survivors, the Baylor score accurately predicted mortality with an AUC of 0.7749 ... and good functional outcome with an AUC of 0.8146." Nevertheless, Baylor scores did overestimate the true mortality rates and underestimated the true rates of good functional outcome among acute-phase survivors in this study.

The authors believe that the Baylor scoring system can be a valuable tool at assessing GSWH patients at the 48-hour time point, bearing in mind the scores' proclivity to overestimate mortality and underestimate good functional outcome. The authors point out the importance of re-evaluating prognosis in patients still living at the 48-hour point, because prognostic scores based on arrival at the emergency department may no longer be as accurate in that group.

When asked about this article, Mr. Pious D. Patel responded,

"Traditional prognostic scores are great at estimating outcome at a single point in time. The Baylor score, for example, does this at the point of arrival to the emergency department. This can be invaluable on the first day, when counseling family members on their loved one's chances for meaningful recovery. But what can we tell the family on day 2, day 3, or day 10 of the hospital stay? This study is a step forward to answering this question by showing that GSWH patients' expected outcomes change with continued survival in the hospital. It is therefore important to keep reassessing prognosis during the inpatient stay. After 48 hours in the hospital, we can say from this study that patients' odds of survival and of good long-term functional outcome are doubled when compared to the time point of arrival to the hospital. With more data and further study, we envision the creation of a prognostic score that can be adjusted with continued time in the hospital to help communicate this changing prognosis to the family."

* A.M.Y.K. and P.D.P. contributed equally to this work and share first authorship.

* P.D.K. and P.D.P. contributed equally to this work and share first authorship.

Founded in 1931 as the Harvey Cushing Society, the American Association of Neurological Surgeons (AANS) is a scientific and educational association with more than 10,000 members worldwide. The AANS is dedicated to advancing the specialty of neurological surgery in order to provide the highest quality of neurosurgical care to the public. All active members of the AANS are certified by the American Board of Neurological Surgery, the Royal College of Physicians and Surgeons (Neurosurgery) of Canada, or the Mexican Council of Neurological Surgery, AC. Neurological surgery is the medical specialty concerned with the prevention, diagnosis, treatment, and rehabilitation of disorders that affect the entire nervous system including the brain, spinal column, spinal cord, and peripheral nerves. For more information, visit http://www.AANS.org. 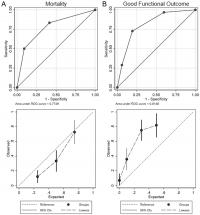