WASHINGTON—An international research team, including a George Washington University (GW) professor, has discovered and named the earliest and most primitive pterodactyloid—a group of flying reptiles that would go on to become the largest known flying creatures to have ever existed—and established they flew above the earth some 163 million years ago, longer than previously known.

Working from a fossil discovered in northwest China, the project—led by University of South Florida (USF) paleontologist Brian Andres, James Clark of the GW Columbian College of Arts and Sciences and Xu Xing of the Chinese Academy of Sciences—named the new pterosaur species Kryptodrakon progenitor.

Through scientific analysis the team established it as the first pterosaur to bear the characteristics of the Pterodactyloidea, which would become the dominant winged creatures of the prehistoric world. Their research will be published online Thursday in the journal Current Biology.

"This finding represents the earliest and most primitive pterodactyloid pterosaur, a flying reptile in a highly specialized group that includes the largest flying organisms," says Chris Liu, program director in the National Science Foundation's Division of Earth Sciences. "The research has extended the fossil record of pterodactyloids by at least five million years to the Middle-Upper Jurassic boundary about 163 million years ago."

Kryptodrakon progenitor lived around the time of the Middle-Upper Jurassic boundary. Through studying the fossil fragments, researchers also determined that the pterodactyloids originated, lived, and evolved in terrestrial environments—rather than marine environments where other specimens have been found.

The fossil is of a small pterodactyloid with a wingspan estimate of about 4.5 feet. Pterodactyloids—who went on to evolve into giant creatures, some as big as small planes—went extinct with the dinosaurs, about 66 million years ago. Pterosaurs are considered close relatives to the dinosaurs, but are not dinosaurs themselves.

The discovery provides new information on the evolution of pterodactyloids, Dr. Andres said. This area was likely a flood plain at the time the pterosaur lived, Dr. Andres said. As the pterosaurs evolved, their wings changed from being narrow, which are more useful for marine environments, to being more broad near the origin of the pterodactyloids – helpful in navigating land environments.

"He (Kryptodrakon progenitor) fills in a very important gap in the history of pterosaurs," Dr. Andres said. "With him, they could walk and fly in whole new ways."

The fossil that became the centerpiece of the research was discovered in 2001 by Chris Sloan, formerly of National Geographic and now president of Science Visualization. It was found in a mudstone of the Shishugou Formation of northwest China on an expedition led by Drs. Xu and Clark when Dr. Andres was a graduate student with Dr. Clark at GW. The desolate and harsh environment has become known to scientists worldwide as having "dinosaur death pits" for the quicksand in the area that trapped an extraordinary range of prehistoric creatures, stacking them on top of each other, including one of the oldest tyrannosaurs, Guanlong. Kryptodrakon progenitor was found 35 meters below an ash bed that has been dated back to more than 161 million years.

The specimen is housed at the Institute of Vertebrate Paleontology and Paleoanthropology, Beijing, China. The name Kryptodrakon progenitor comes from Krypto (hidden) and drakon (serpent), referring to "Crouching Tiger, Hidden Dragon" filmed near where the species was discovered, and progenitor (ancestral or first-born), referring to its status as the earliest pterodactyloid, Dr. Andres said.

"Kryptodrakon is the second pterosaur species we've discovered in the Shishugou Formation and deepens our understanding of this unusually diverse Jurassic ecosystem," said Dr. Clark, GW's Ronald B. Weintraub Professor of Biology. "It is rare for small, delicate fossils to be preserved in Jurassic terrestrial deposits, and the Shishugou fauna is giving us a glimpse of what was living alongside the behemoths like Mamenchisaurus."

The scientists write that the pterosaurs were a diverse group of Mesozoic flying reptiles that underwent a body plan reorganization, adaptive radiation, and replacement of earlier forms midway through their long history, resulting in the origin of the Pterodactyloidea, a highly-specialized group of pterosaurs of which Kryptodrakon is the earliest and most primitive species.

This new take on the ecological history of pterosaurs is supported by a significant correlation found between wing shape and environment in pterosaurs and modern flying vertebrates, like bats and birds, the researchers said. Pterosaurs, however, are not the ancestors of birds—those are the dinosaurs—and scientists still believe that pterosaurs did not evolve into birds or other modern animals humans would know.

In the heart of the nation's capital with additional programs in Virginia, the George Washington University was created by an Act of Congress in 1821. Today, GW is the largest institution of higher education in the District of Columbia. The university offers comprehensive programs of undergraduate and graduate liberal arts study, as well as degree programs in medicine, public health, law, engineering, education, business and international affairs. Each year, GW enrolls a diverse population of undergraduate, graduate and professional students from all 50 states, the District of Columbia and more than 130 countries.

The University of South Florida

The University of South Florida is a high-impact, global research university dedicated to student success. USF is a Top 50 research university among both public and private institutions nationwide in total research expenditures, according to the National Science Foundation. Serving nearly 48,000 students, the USF System has an annual budget of $1.5 billion and an annual economic impact of $4.4 billion. USF is a member of the American Athletic Conference.

The National Science Foundation (NSF) is an independent federal agency that supports fundamental research and education across all fields of science and engineering. In fiscal year (FY) 2014, its budget is $7.2 billion. NSF funds reach all 50 states through grants to nearly 2,000 colleges, universities and other institutions. Each year, NSF receives about 50,000 competitive requests for funding, and makes about 11,500 new funding awards. NSF also awards about $593 million in professional and service contracts yearly. http://www.nsf.gov 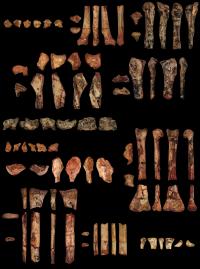