University of Illinois Chicago researchers are the first to report on the financial conflicts of interest that exist among doctors who review the chest X-rays of coal miners who file workers' compensation claims of totally disabling disease with the U.S. Department of Labor's Federal Black Lung Program.

The UIC researchers found that the determinations of these doctors - who are known as B-readers and who are certified by the National Institute for Occupational Safety and Health, or NIOSH - were strongly associated with the party that hired them.

By analyzing 63,780 radiograph classifications made by 264 physicians in Black Lung Program claims filed during 2000-2013, the researchers found that B-readers who were identified as ever being hired by a coal miner's employer read the images as negative for pneumoconiosis in 84.8% of the records. Pneumoconiosis is the general term for a class of lung diseases caused by the inhalation of dust - coal worker's pneumonoconiosis, or CWP, is commonly known as black lung disease and caused by long-term inhalation of coal dust.

Comparatively, a lower percentage of the records were read as negative for pneumoconiosis by those hired by the Department of Labor or a miner - 63.2% and 51.3% of the records, respectively.

These results are published today in the Annals of the American Thoracic Society.

The authors write that given the clear association between classifications and financial conflicts of interest, a lack of consistency in classifications within and between B-readers and an absence of an objective gold-standard for chest X-ray classifications, substantial improvements in transparency, oversight, and objectivity for black lung claims are clearly needed.

UIC's Lee Friedman and Dr. Robert Cohen are senior authors of the study.

"Certainly, we anticipated finding some bias, as there has been anecdotal evidence for some time and the Department of Labor has even taken action since 2013 to avoid such bias. But the degree of bias shown in this data is alarming," said Friedman, associate professor of environmental and occupational health sciences at the UIC School of Public Health. "It begs the question: are those actions enough and are they helping?"

For example, NIOSH has written a rule to institute a panel to review and decertify B-readers who repeatedly provide unreasonably inaccurate classifications of X-rays. However, complaints must be submitted to NIOSH and only after three independent complaint investigations will a B-reader be decertified.

"The system we have today is not being used to its full potential and, even if it were, it still leaves a lot to be desired when it comes to ensuring accurate and judicious outcomes for all parties," said Cohen, clinical professor of environmental and occupational health sciences and director of the Mining Education and Resource Center.

"While there is evidence of bias on both sides, it is clear that the degree of bias is much heavier on the employer side, and this is twofold," Cohen said. "Not only are those hired by an employer much more likely to classify a chest X-ray as negative for black lung disease, but it is also much more likely that an employer will have the resources to hire its own expert - at a much higher fee - in the first place.

"It is clear from this data that this bias is a systemic problem and the most significant offenders are identifiable - the records show a clear pattern of B-reader conflicts of interest," he said.

Better utilizing the current regulations to decertify B-readers with significant bias are among the recommendations the authors of the study present in the paper.

The authors also recommend that all initial contact and payments should be made by USDOL, and the other parties should be prohibited from communicating on a claim until the initial classifications are submitted, limiting coordination between the reader and requester.

Cohen and Friedman say other methods to reduce bias could include growing and diversifying the pool of B-readers; regulating the fees of B-readers who testify on behalf of either party; mandating B-readers to disclose any wholesale relationships and their associated income from related classifications; and, investing in scientific advances that leverage artificial intelligence to classify chest films without bias.

"The technology is there, but we don't have the systems in place to validate or implement a process," Cohen said. "It's a matter of motivation."

"This is really just the tip of the iceberg," Friedman said. "It is very likely that this issue extends beyond the Federal Black Lung Program and is pervasive across workers' compensation systems."

UIC's Sudeshna De and Kirsten Almberg are coauthors of the paper, which noted no external funding for the research.

Annals of the American Thoracic Society 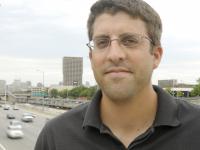