For a phase I clinical trial, these results are the Holy Grail. Yet researchers from the University of Louisville and Brigham and Women's Hospital today reported just such almost-never-attained data.

In a Late-Breaking Clinical Trial session at the American Heart Association Scientific Sessions 2012 meeting, Roberto Bolli, M.D., of the University of Louisville and Piero Anversa, M.D., of Brigham and Women's Hospital, Boston, presented data from their groundbreaking research in the use of autologous adult stem cells with patients who had previous heart attacks.

They report that after two years, all patients receiving the stem cell therapy show improvement in heart function, with an overall 12.9 absolute unit increase in left ventricular ejection fraction (LVEF), a standard measure of heart function that shows the amount of blood ejected from the left ventricle during a heartbeat. No adverse effects resulting from the therapy were seen. Moreover, MRIs performed on nine patients in the trial showed evidence of myocardial regeneration – new heart tissue replacing former dead tissue killed by heart attack.

"The trial shows the feasibility of isolating and expanding autologous stem cells from virtually every patient," said Bolli, who is the Jewish Hospital Heart and Lung Institute Distinguished Chair in Cardiology and director of the Institute for Molecular Cardiology in the Department of Medicine at UofL. "The results suggest that this therapy has a potent, beneficial effect on cardiac function that warrants further study."

"In all patients, cells with high regenerative reserve were obtained and employed therapeutically," said Anversa, professor of Anaesthesia and Medicine at Brigham and Women's Hospital and Harvard Medical School. "Our efforts to carefully characterize the phenotype and growth properties of the cardiac stem cells may have contributed to these initial positive results."

The trial – called SCIPIO for Stem Cell Infusion in Patients with Ischemic CardiOmyopathy – was a randomized open-label trial of cardiac stem cells (CSCs) in patients who were diagnosed with heart failure following a myocardial infarction and had a LVEF of 40 percent or lower; the normal LVEF is 50 percent or higher.

The investigators harvested the CSCs, referred to as "c-kit positive" cells because they express the c-kit protein on their surface, from 33 patients during coronary artery bypass surgery. The stem cells were purified and processed in Anversa's lab in Boston so that they could multiply. Once an adequate number of stem cells was produced – about one million for each patient – Bolli's team in Louisville reintroduced them into the region of the patient's heart that had been scarred by the heart attack.

The researchers reported that in the 20 patients receiving CSCs, LVEF increased from 29 percent to 36 percent at four months following infusion. None of the 13 control patients in the trial received CSCs and this group showed, on average, no improvement.

Nine patients in the trial were able to undergo magnetic resonance imaging of their hearts that showed a profound reduction in the size of the infarct, that area of the heart that is dead tissue as a result of the heart attack, and an increase in viable tissue.

The MRIs showed that the infarct size was at 33.9 grams prior to treatment and 18.2 grams at two years. The MRIs also showed that viable left ventricle tissue increased, from 146.3 to 164.2 grams. The remaining patients in the trial were not able to undergo MRIs because they had previously implanted devices that interfered with the procedure.

One patient, Jim Dearing of Louisville, showed no trace of the two heart attacks he suffered prior to participating in the trial. Echocardiograms performed in 2011 and 2012 showed his ejection fraction went from 38 percent to 58 percent and his heart is working normally.

"Anyone who looks at his heart now would not imagine that this patient was (ever) in heart failure or that he had a heart attack," Bolli said.

"What's striking is that we are seeing what appears to be a long-lasting improvement in function," Anversa said.

The researchers plan to follow the study cohort for two more years and with funding, expand their research. "The findings warrant larger, phase 2 studies," Bolli said. "If the larger studies continue to confirm our findings, we potentially have a cure for heart failure because we will have something that conceivably, for the first time, actually regenerates dead heart tissue." 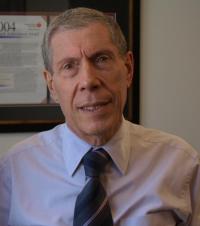 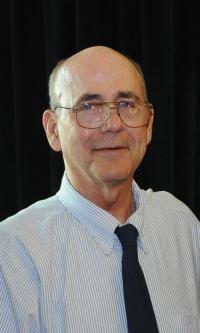