A newly discovered molecular mechanism helps control the amount and effectiveness of a substance that mimics an active ingredient in marijuana, but that is produced by the body's own nerve cells.

The results were reported in the latest Nature Neuroscience. The lead author on the study is William R. Marrs of the Neurobiology and Behavior program at the University of Washington (UW). The senior author is Dr. Nephi Stella, UW professor of pharmacology and psychiatry.

In previous papers, Stella and other scientists have noted that the body manufactures several cell signals that mimic the actions of marijuana-derived chemicals These signals are called endocannabinoids, a Latin-derived name for marijuana-like (cannabis) constituents created by the body's own cells (endo).

Marrs, Stella and their research team study endocannabinoids, their receptors on cells, and the cell functions controlled by these signals.

They hope their future work encourages the design of therapies to modulate these molecular communications. Specifically targeted treatments, for example, might give cancer and AIDS patients the same medicinal benefits as marijuana without its mind-altering properties.

Because cannabinoid signaling systems are common throughout the body and affect a variety of functions, therapies aimed at these systems might be more wide-ranging than simply a better substitute for medicinal marijuana. Stella is especially interest in the potential for helping people with conditions for which even symptomatic treatment is limited or non-existent, such as multiple sclerosis, brain tumors, Huntington's disease and other autoimmune or neurological disorders.

Earlier Stella's group discovered a key endocannabinoid, called 2-AG, that carries a type of messaging between brain cells. 2-AG is also implicated in brain cell migration and brain tissue inflammation. It does this by activating one type of cannabinoid receptor on neurons, and another type of cannabinoid receptor on microglia, the tiny cells that clean up debris, like damaged nerve cells and plaque, in the brain and spinal cord. As the brain's first line of defense against infection, microglia are attune to the most subtle clues suggesting an attack.

Stella's team observed that this enzyme degrades the 2-AG nerve signaling substance by splitting it with water. This happens near the cell receptor for the 2-AG signal.

Breaking apart 2-AG reduced its accumulation and decreased its ability to prod other cells to action. In this case, the broken down 2-AG was less effective in stimulating the microglia – the brain defenders -- to get moving.

The results provided by their study, the authors said, suggest that the enzyme ABDH6 "is a bona fide member of the endocannabinoid signaling system."

"The enzymatic steps that control the production and inactivation of endocannabinoids constitute promising molecular targets for indirectly modulating the activity of cannabinoid receptors," the authors noted. Designing treatments that manage the production and inactivation of important enzymes like ABHD6 could thereby control such conditions as brain inflammation or overactive brain signals. Other enzymes are involved in controlling the accumulation of different endocannabinoids.

Each of these enzymes, the researchers pointed out, provides a unique therapeutic opportunity. Inhibiting distinct enzymes would allow for the fine-tuned direction of endocannabinoid signaling. For example, blocking a specific enzyme to heighten a certain signal might ameliorate pain and also act as anti-anxiety and antidepressant therapy, the authors explained. Drugs that reduce the activity of the ABDH6 enzyme might prevent brain damage from an overactive response to a virus. 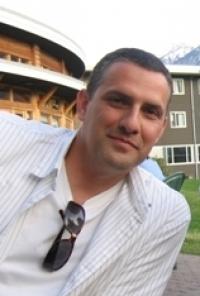