A team of physicists has developed a method to generate and self-organize liquids into well-defined patterns, a breakthrough that offers potential new pathways for the development of more sophisticated pharmaceuticals and other consumer products.

The procedure, described in the latest issue of the journal Proceedings of the National Academy of Sciences, centers on making droplets, which are a mixture of two or more immiscible, or unmixable, liquids--in this case, oil, water, and alcohol. These droplets spontaneously de-mix to form multiple layers in a pattern that is independent of the size of the droplet--but dependent on the de-mixing speed.

"Our theoretical understanding allows us to design emulsions that resemble Russian nesting dolls, then to pop them out in a step-wise, or evenly spaced, manner," explains Jasna Brujic, a professor in New York University's Department of Physics and the corresponding author. "The ability to manipulate these liquids creates the potential to advance water- and oil-soluble medicines."

The paper's other co-authors are Pepijn Moerman, a researcher at NYU's Center for Soft Matter Research at the time of the study and now at the Netherlands' Utrecht University, Eric Vanden-Eijnden, a professor at NYU's Courant Institute of Mathematical Sciences, and Pierre Hohenberg*, a professor emeritus in NYU's Department of Physics.

Separating liquids is a complex process involved in organizing the sub-compartments of cells and is vital to the creation of well-known products, such as pharmaceuticals or cosmetics, which are composed of emulsions.

However, developing uniformity of shape and controlling their movement represent scientific challenges--de-mixing liquids usually leads to blobs of all forms, not unlike how droplets of oil spread in an array of shapes and sizes in a boiling pot of water.

To address these challenges, the researchers placed the liquids in a confined geometry--a droplet or a thin straw--such that the de-mixing begins at the edge and propagates inwards. As the de-mixing wave passes, the liquids segregate into stripes, whose length depends on the speed of the wave and the time it takes for the segregation process. Both these parameters can be tuned in the experiment, allowing the researchers to design the inner structure of emulsions.

The theoretical model is consistent with the data, the scientists note, and also correctly predicts the lifetime of each layer, giving rise to a step-wise release of inner droplets.

This work was supported by the NYU MRSEC Program of the National Science Foundation (DMR-1420073). 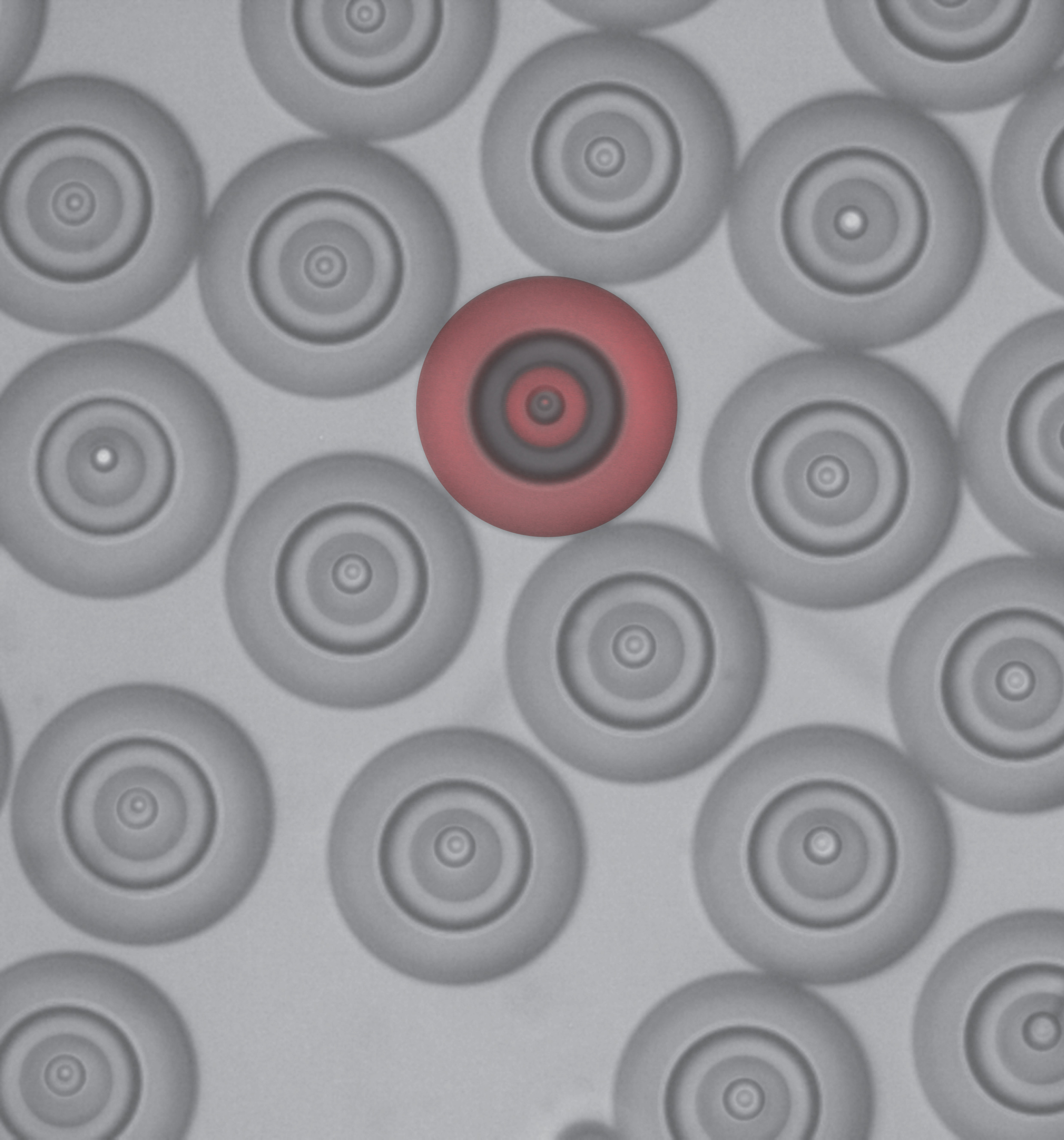 Emulsion With Five Alternating Layers of Oil and Water