Unlike conventional cancer drugs that attack and kill cancer cells directly, anti-cancer immunotherapy, which kills cancer cells by strengthening the body's immunity, is a novel type of cancer treatment currently attracting increased attention. Unfortunately, a minority of cancer patients who have some degree of pre-existing immunity only benefit from anti-cancer immunotherapy.

Recently, 'doxorubicin', a cancer treatment drug, has been shown to boost patients' immune response by releasing various components when cancer cells are killed. However, as the toxicity and inflammatory responses induced by doxorubicin can affect normal cells in addition to cancer cells, it can lower patients' immunity levels, which limits its effectiveness for immunotherapy.

To tackle this issue, a research team led by Dr. Ju Hee Ryu of the Center for Theragnosis at the Korea Institute of Science and Technology (KIST) has developed an anti-cancer prodrug that can improve anti-cancer immunotherapy by reacting only with cancer cells, thereby minimizing the toxicity to normal cells, including immune cells, and boosting patient immunity.

Last year, the Center for Theragnosis at KIST reported the development of an anti-cancer drug that targets cancer cells by suppressing the resistance to doxorubicin without reacting with normal cells. In contrast, Dr. Ryu's research team has developed a prodrug for anti-cancer immunotherapy that utilizes the immunity-boosting potential of doxorubicin.

The developed prodrug exhibits anticancer effects when activated by abundant enzymes present in cancer cells. As these enzymes are not present in normal cells, they do not experience toxicity and inflammatory responses. The ability to target cancer cells exclusively increases patient immunity, inducing an active anticancer immune response when doxorubicin is activated in cancer cells.

The developed anti-cancer drug significantly improved the anti-cancer immune response in nonclinical animal models and reduced side effects associated with inflammatory responses and toxicity in normal tissues. Therefore, the drug dosage can probably be increased to enhance its effectiveness for chemotherapy without causing notable side effects.

In addition, because the prodrug was developed by utilizing a drug already in clinical use, the commercialization process is expected to be relatively straightforward in terms of clinical trials and mass production.

Dr. Ju Hee Ryu of KIST said, "Because the immunity level of most patients must be raised to a certain level to enjoy the remarkable therapeutic effect of immunotherapy, an anti-cancer prodrug that can maintain the anti-cancer immune response of the drug while reducing the toxicity and inflammatory responses in normal tissues represents a significant step forward for immunotherapy."

This study was conducted as a mid-career researcher program of the National Research Foundation of Korea with the support of the Ministry of Science and ICT (MSIT). The research results are published in the latest issue of 'Biomaterials' (IF:10.317, top 2.6% in the field of JCR), a leading international journal in the field of materials and biomaterials. 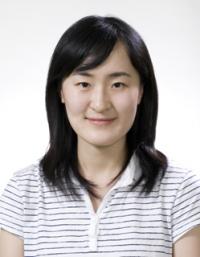