ITHACA, NY--Showing that the Boyce Thompson Institute's innovative discoveries reach far beyond its labs and greenhouses, Thomson Reuters named two researchers affiliated with BTI to its list of 2015's "Most Influential Scientific Minds."

Jim Giovannoni, a BTI professor and Research Molecular Biologist with the U.S. Department of Agriculture, and Leon Kochian, director of the USDA Robert W. Holley Center for Agriculture and Health and an adjunct professor at BTI, both earned their position on the list due to their successful plant science research programs and the wide reach of their scientific publications.

"Congratulations to Jim and Leon, as well as their respective research teams, for this exceptional recognition, which carries extra weight as it reflects the importance of their work and their stature among their peers," said BTI VP for Research Eric Richards. "The citations metrics at the core of this recognition provide a direct measure of the long-standing impact of their work, and highlights the prominence of their fundamental work in plants."

Thomson Reuters pinpointed the researchers whose work is making the greatest impact on scientific thinking by analyzing publication records on their Web of Science platform and selecting the scientists who had publications that were most often read and cited by their peers over an 11-year period. Kochian and Giovannoni both ranked in the top 1 percent of researchers publishing within the field of plant and animal science. Thomson Reuters estimates that each year, 9 million researchers worldwide produce more than 2 million publications.

Giovannoni's research uses the tomato as a model system to study fruit ripening and its effect on nutritional quality and flavor. His laboratory group is interested in understanding how ripening is regulated and how this process has evolved in the tomato and its close relatives. Giovannoni has been deeply involved with the International Tomato Sequencing Project, which published the complete tomato genome in 2012, and in developing genomic tools for studying tomatoes and other related plant species.

Kochian's research program focuses on molecular, cellular and whole plant investigations of crop mineral transport, crop adaptation to marginal soil environments, and the translation of these findings into improved crops via molecular breeding. Kochian is involved in the identification of genes and physiological mechanisms that confer tolerance to aluminum toxicity, which is a major stress in acid soils. Also, his program is developing novel imaging tools for studying root system architecture to facilitate the genetic mapping of root architecture traits. This information is being used for the molecular breeding of crops with more efficient water and mineral acquisition.

Their inclusion on the list of "Most Influential Scientific Minds" indicates that Kochian and Giovannoni are at the forefront of their fields and conducting research that is vital to advancement of plant science. 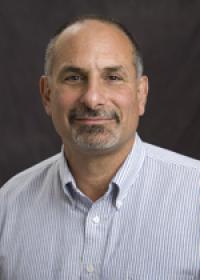