CHAMPAIGN, Ill. — They were illiterate farmers, builders and servants, but Maya commoners found a way to record their own history – by burying it within their homes. A new study of the objects embedded in the floors of homes occupied more than 1,000 years ago in central Belize begins to decode their story.

The study, from University of Illinois anthropology professor Lisa J. Lucero, appears in the Journal of Social Archaeology.

Maya in the Classic period (A.D. 250-900) regularly "terminated" their homes, razing the walls, burning the floors and placing artifacts and (sometimes) human remains on top before burning them again.

Evidence suggests these rituals occurred every 40 or 50 years and likely marked important dates in the Maya calendar. After termination, the family built a new home on the old foundation, using broken and whole vessels, colorful fragments, animal bones and rocks to mark important areas and to provide ballast for a new plaster floor.

Maya royals recorded their history in writing and in imagery carved on monuments, Lucero said. "But the commoners had their own way of recording their own history, not only their history as a family but also their place in the cosmos," she said.

"These things are buried, not to be seen, but it doesn't mean people forgot about them," she said.

"They are burying people in the exact same spot and removing bones from earlier ancestors to place them somewhere else, or removing pieces of them and keeping the pieces as mementos."

This "de-animation" and reanimation of the home marked the passage of time and the cyclical nature of life, Lucero said.

Anthropologists have known for decades about such rituals, but Lucero chose to look more closely at how the arrangement, color and condition of the buried artifacts lent them their symbolic meaning.

She and her crew found about a dozen human remains in the two homes they excavated in a small Maya center called Saturday Creek, in central Belize. These homes were occupied from about A.D. 450 to 1150.

Burial in the home was common among the Maya, but only a few family members were entombed there, Lucero said. No Maya cemeteries or other burial sites have been found to account for the rest of the dead.

There is no evidence that high status individuals were specifically selected for burial in the home. It is more likely that family members who died on or near important dates were placed there during the termination and reanimation rituals, Lucero said.

The team found full or partial skeletons of men, women and children, with artifacts arranged around and even on top of the bodies. Some bodies lay flat. Others were in a sitting position, which may have signified a higher status, Lucero said. Some of the bodies had had bones removed – most often the spine and the pelvis. Black is the color of the west, death and the underworld, but Lucero never found black objects in or near a burial.

"The Maya believed in a cyclical way of living," she said. "So to their way of thinking, people don't die as much as become ancestors."

Colors, such as red, which represented the east, life and rebirth, were commonly used in burials. Sometimes an unbroken red vessel was inverted over a skull or kneecap. Red items were generally found on the east side of the body or group of artifacts.

Other artifacts – including groups of obsidian or chert rocks – represented the Maya belief in the nine levels of the underworld or the 13 levels of heaven.

Vessels were a very significant part of the dedication rites. Lucero found bowls and jars that were in perfect condition when they were buried – manufactured specifically for the occasion, she said. For termination rites, archaeologists also found used vessels with their rims broken off, jars lacking bases or necks, and vessels stacked in groups of three. Some bowls were placed lip-to-lip, with stores of organic matter – a food offering perhaps – inside. Other vessels were damaged with a "kill hole" drilled through their bottoms.

"Things that were used in life had to be de-animated, terminated, before they entered the next stage of their life history," Lucero said. Pieces were likely given away or placed in other sacred sites, such as caves, she said.

The rimless vessels were intriguing, Lucero said. Other studies have found broken, but nearly complete vessels at temple sites, with the missing pieces located in nearby homes.

"Breaking off the rims is a lot of work," Lucero said. "Removing the rims may have been a way of de-animating them as well as giving a piece to somebody else." Perhaps the Maya revered the fragments of vessels or the bones of their ancestors in the same way that people today hold onto to, and cherish, religious relics, she said.

The new analysis supports her hypothesis that many of the elaborate rituals performed by Maya rulers and elites had a basis in the domestic rituals of their subjects. She argued in her 2006 book, "Water and Ritual: The Rise and Fall of Classic Maya Rulers," that the rulers reinforced community cohesion (as well as their own status) by adopting traditional domestic rituals and performing them on a grand scale.

"Nearly everything royal emerged or developed or evolved from domestic practices," she said. "So it makes sense to turn that around and use what we know about the rulers to interpret what we find in the commoners' homes."

Lucero has spent more than 20 years studying settlements and sacred sites that were important to the Maya in Belize, and works under the auspices of the Institute of Archaeology, which is part of the National Institute of Culture and History, Government of Belize.

The National Science Foundation provided funding for this study. 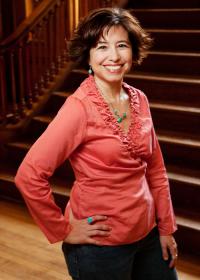 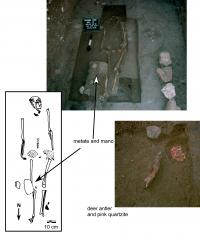